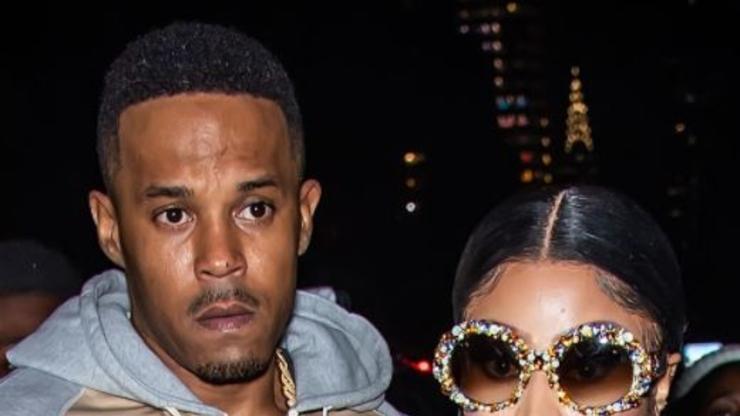 The couple was sued by Jennifer Hough, the woman who claims she was raped by Kenneth Petty, for “intimidating” and “threatening” her.

In August, Jennifer Hough, the woman who alleges that she was sexually assaulted by Nicki Minaj‘s husband Kenneth Petty, filed a lawsuit against the couple. Hough alleged that she was being threatened and harassed by the Pettys, claiming that they have attempted to coerce her into changing her story.

In 1995, Petty was convicted of first-degree attempted rape after Hough accused him of assaulting her at knifepoint. While he initially faced rape charges, he pleaded guilty to attempted rape and later served four years in prison.

Hollywood Unlocked exclusively reported this evening (October 11) that they have a copy of new documents showing that Nicki nor her husband has responded to Hough’s lawsuit. In turn, Hough’s attorneys have petitioned the court to consider a default judgment.

According to the latest update in their case, Hough has filed default motions against them for not responding to the lawsuit. The judgment could be $15M against them. In a request to Douglas Palmer of U.S. District Court – Eastern District of New York, Hough’s attorney Tyrone A Blackburn asks to “please enter the default of defendants Onika Tanya Maraj, and Kenneth Petty, AKA Zoo, pursuant to Rule 55(a) of the Federal Rules of Civil Procedure for failure to plead or otherwise defend this action as fully appears from the court file herein and from the attached affirmation of Tyrone A. Blackburn, Esq.”

The Pettys have not publicly addressed the allegations against them, but Hough was recently featured in a tearful interview on The Real.