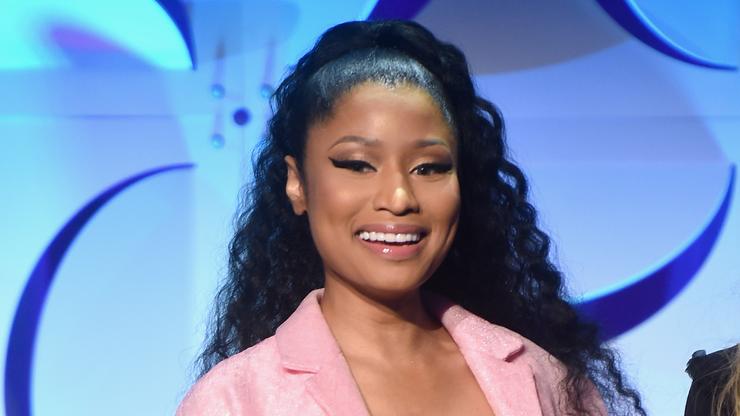 Minaj questioned Yung Miami’s bestie about his beef with Rolling Ray while Santana unashamedly asked the Rap icon for a feature.

It has been yet another week of controversy for Nicki Minaj but she is unfazed. The award-winning rapper has kicked up dust over her defense of Jesy Nelson amid blackfishing accusations, and Minaj returned on Wednesday (October 13) evening to chat with none other than social media influencer Saucy Santana.

The two had playful banter on Twitter earlier this week and fans were treated to seeing these two exchange jokes and laughs while on Instagram Live. This made for an interesting pairing because it is widely known that Santana is best friends with City Girls rapper Yung Miami—and Minaj just happens to have Yung Miami blocked on social media.

Back in May, Yung Miami made a public plea for Minaj to unblock her. It is unclear why the blocking even occurred in the first place, but fans have speculated it may have had something to do with the City Girls’ allegiance to Cardi B. As Santana and Minaj joined together on Livestream, people took to social media to crack jokes about Yung Miami not being able to watch it.

Meanwhile, Santana was full of energy as he shared the screen with the Queen icon, and he did not hesitate to ask her for a feature. These two were both trending topics on multiple platforms and people are sharing clips of the Live by the thousands. Check out highlights and reactions below.