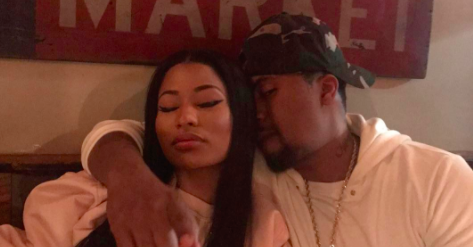 According to TMZ, the Queens power couple was just too good to last. Their inside sources — though the article didn’t contain a single name or quote — said that the pair are done for.

Check out their scoop below:

While Nicki and Nas were coy about the whole thing, Nicki told Ellen that they had “sleepovers” while Nas posted to social media showing the couple getting touchy-feely several times.

“He is the king Queens, and I like to think I’m the queen Queens,” she told the Ellen while on her show. “He’s a rap legend. Let’s just say that I have a lot respect for him, and, you know, he’s kind cute, too.”

The photos were probably the strongest evidence that the rap titans were paired up. Via HipHopMyWay‘s own reporting on the incident: