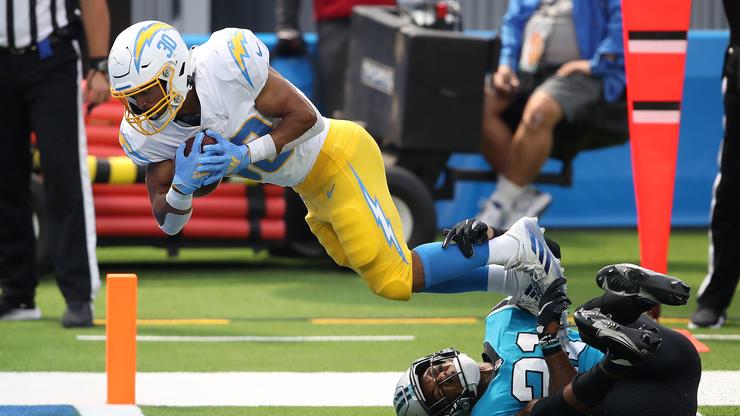 A number of key players were injured so far during Week 4 of the NFL season.

Week 4 of the NFL season was plagued with a series of injuries to star players across the league. Browns running back Nick Chubb, Chargers running back Austin Ekeler, Bucs tight end O.J. Howard and more were all taken out of their respective matchups.

Chubb rolled his ankle during the Browns’ 49-38 win over the Cowboys, but was able to walk to the locker room.

“We just don’t know,” Browns coach Kevin Stefanski said after the game. Chubb will get an MRI on his knee Monday.

Austin Ekeler appeared to suffer a serious hamstring injury during the Chargers’ loss to the Bucs and needed to be carted off the field. Head coach Anthony Lynn said Ekeler’s “looked pretty bad,” but didn’t expand on the severity of his injury.

O.J. Howard also was taken out of that game for the Bucs, after suffering an apparent Achilles injury that head coach Bruce Arians fears is season-ending. Howard has played a valuable role splitting snaps with Rob Gronkowski at the tight end position this year.