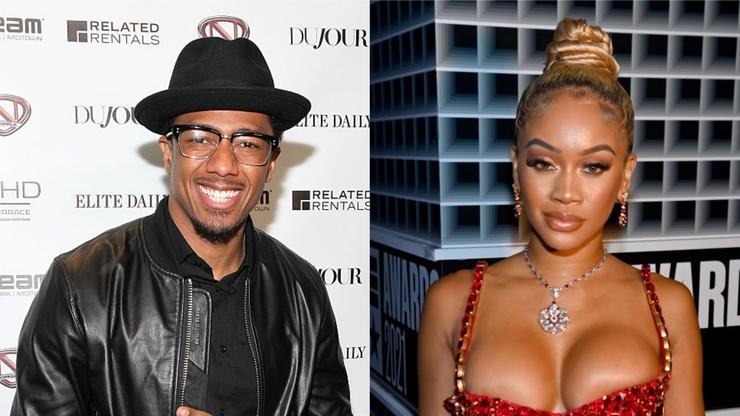 Nick Cannon wants everyone to know he’s not responsible for this one.

Nick Cannon keeps on having babies with different women, but he says that he’s intentionally trying to build a large family. However, with Saweetie telling her followers that she’s about to make a big announcement, Nick felt the need to preemptively issue a statement, claiming that he has absolutely nothing to do with whatever she’s got to say this week.

“Big mama got a secret to share tomorrow!!!” wrote Saweetie on Twitter last night. Most of her fans believe her announcement will have something to do with her long-awaited debut studio album Pretty Bitch Music, but some suggested that the 28-year-old rapper may be pregnant. Saweetie presently doesn’t have a partner (that we know of) so that much would be surprising, but still, Nick Cannon wanted the world to know that if she is expecting, he’s not responsible.

The Shade Room posted Saweetie’s tweet as news, prompting Nick to leave a comment, saying, “It’s Not mine!!!!!,” with a laughing emoji.

The comment had everyone cackling, with over 67,000 people “liking” the post. This comes after the actor welcomed his third child into the world this year, marking a total of seven kids now. Many of his kids have different mothers, which has invited comments from the rest of the world, who seemingly think that he’s accidentally knocking everyone up. He has said that he’s having these babies on purpose, though.

What do you think Saweetie’s announcement will be?