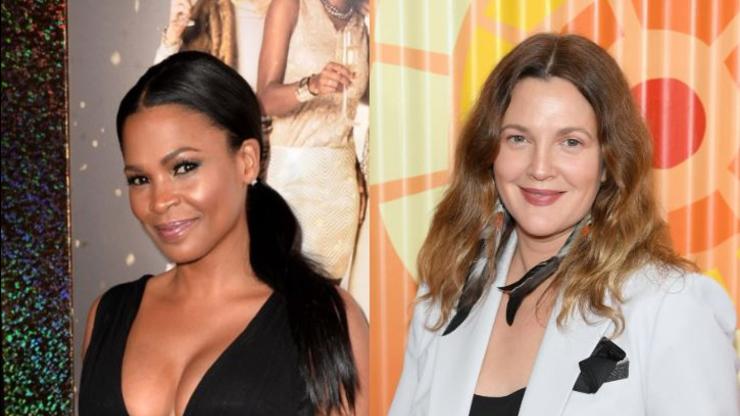 Nia Long said that she was rejected for the 2000 film because she looked a “little too old” next to star Drew Barrymore who is four years younger than her.

If there’s one person who looks as if she stopped aging at 25, it’s Nia Long. The veteran actress has starred in some our favorite films including Boyz n the Hood, Love Jones, Friday, Soul Food, The Best Man, Mooz-lum, and many more. Following actress Thandie Newton’s recent revelation that she turned down the 2000 film Charlie’s Angels role Alex Munday because she believed the vision for the character was sexist and racist, Nia Long told Insider that she, too, was considered for the part for a brief moment. However, her agent told her that production believed that Nia “looked too old” to act opposite Drew Barrymore who starred in the film as Dylan Sanders. Drew is four years younger than Nia.

“The feedback that I received from my agent was, ‘She just looked too old and sophisticated to be next to Drew Barrymore,'” the actress said. “I was like, ‘What?’ I love Drew Barrymore, I think she’s amazing, but I think that was just a nice way to say you’re a little too Black. Personally, that’s what I think. Because if you notice there were no brown skin actors]. I mean, honestly, I would have been the Blackest thing in the film.”

“And I’m thinking to myself, it’s an actor’s choice to walk in the room how they want to look, but it’s a director’s vision to help create and curate a character,” Nia added. “So if you couldn’t see beyond the fact that I had on a blazer and a pair jeans then that was clearly not the job and opportunity for me. So, no problem, I’ll keep it moving.”