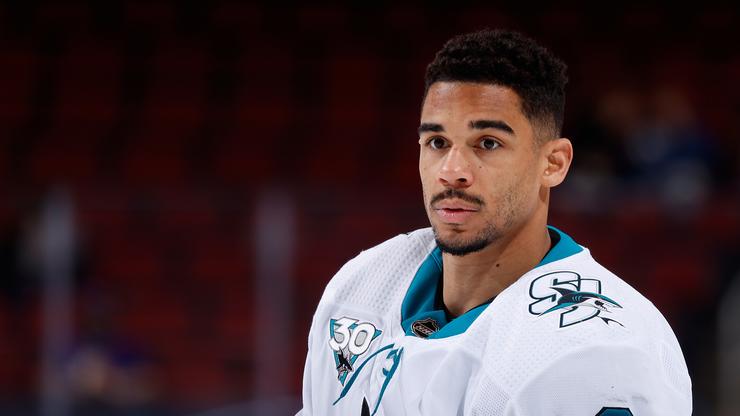 He has issued a formal apology to both the NHL and his team, the San Jose Sharks.

As people converse about Kyrie Irving’s decision to remain unvaccinated, NHL star Evander Kane has reportedly taken matters into his own hands. We previously reported on former NBA player Lazar Hayward’s arrest at a Hawaii airport after he allegedly attempted to use fake vaccination records to avoid the state’s mandatory quarantine for unvaccinated individuals. According to ESPN, Kane pulled a similar move, except they report that the hockey player tried to trick his own team.

The outlet stated that Kane “has been suspended for 21 games without pay” over an “established violation” related to the league’s COVID-19 protocol.

Kane has reportedly been under investigation throughout the month of October after it was alleged that he “submitted a fake COVID-19 vaccination card to the NHL” as well as to his team, the San Jose Sharks. ESPN reports that the money forfeited by Kane due to this alleged violation will go “to the Players’ Emergency Assistance Fund.”

“I would like to apologize to my teammates, the San Jose Sharks organization, and all Sharks fans for violating the NHL COVID protocols,” Kane said in a statement. “I made a mistake, one I sincerely regret and take responsibility for. During my suspension, I will continue to participate in counseling to help me make better decisions in the future. When my suspension is over, I plan to return to the ice with great effort, determination, and love for the game of hockey.”

This is one of several controversies for Kane this year; his estranged wife accused him of domestic violence and later, she also alleged that Kane gambled on NHL games, including those involving his own team. The NHL reportedly investigated both of these accusations and did not find any fault on Kane’s part.