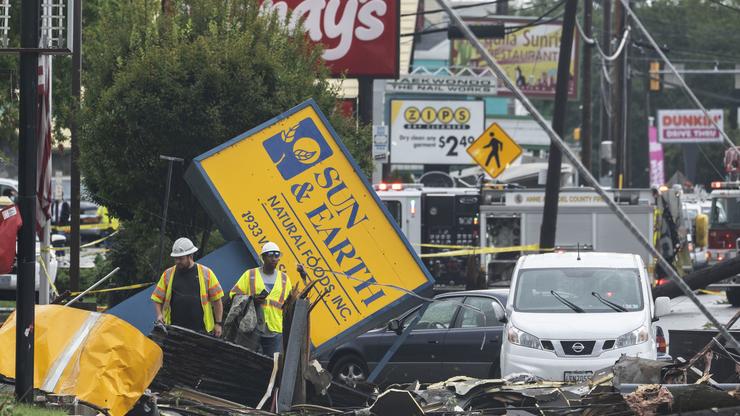 The storm that destroyed several areas in Lousiana has caused storms and tornadoes to surface in New York and New Jersey.

The tri-state area is being watched carefully as Hurricane Ida has stormed through New York and New Jersey. Videos and images of rising waters have taken over the internet and caused concern as subways are flooded, streets are nearly undrivable, and more warnings of even worse weather conditions are being shared.

Due to the flooding, traveling is nearly impossible for those who rely on public transportation. According to Deadline, tornado warnings have been issued and a few have already touched down and mangled several residences.

The National Weather Service reportedly stated that there was a “large and extremely dangerous” tornado in New Jersey. “You are in a life-threatening situation. Flying debris may be deadly to those caught without shelter,” they said in a statement. Celebrities who live in these areas have been sharing their firsthand views of the devastation of Hurricane Ida and it mirrors much of what we have recently seen coming out of Louisiana.

CBS News states that New York has declared a state of emergency, so we hope that everyone in the eye of this storm stays safe. Check out a few posts below.