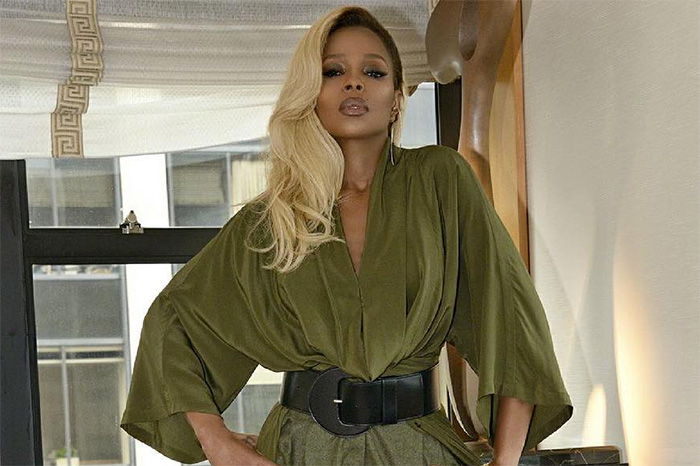 After celebrating her star on the Hollywood Walk Fame and her 47th birthday, Mary J. Blige unleashes a “Time’s Up” anthem, “Bounce Back 2.0.”

The motivational track kicks f with an empowering message for women in the wake the Time’s Up movement, which is meant to promote the end discrimination, harassment, and assault. “Ladies, let me tell you something,” she sings. “We’ve come too far to lose / We’ll win this battle.”

The Mudbound actress’ inspirational words continue as she describes triumph after tragedy on the track, which she first previewed back in December. “Look what we’re made ,” she adds. “Beautiful scars on us / This life is what we make it / Won’t change a thing / Ain’t worried about it, no.”

The song was released on SoundCloud with the caption: “#TimesUp. Its Time to Bounce Back.”

Yesterday, Mary was honored by family and friends including Diddy, Tyrese, and Jimmy Iovine at her Walk Fame ceremony. Action Bronson also paid homage to the Queen Hip-Hop Soul with a musical tribute. The host Viceland’s “The Untitled Action Bronson Show” remixed the My Life classic “I’m Going Down” for Spotify.

“I’m not a singer,” he said before belting out the ’90s R&B anthem, which is a cover Rose Royce’s 1976 single the same name. “So I’m gonna give the best vocal performance I possibly can f the couch.”