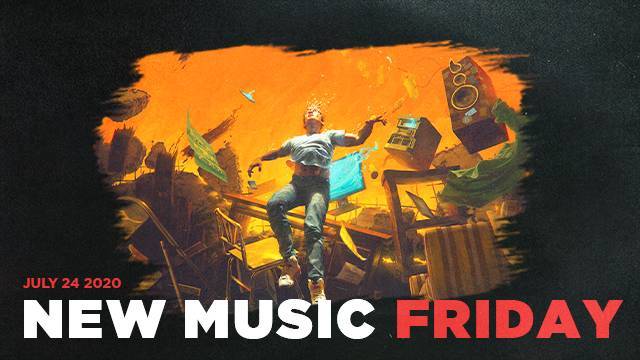 July has been a busy month for Hip Hop and it’s not slowing down for the latest New Music Friday. This week’s lineup is highlighted by Logic’s retirement album and the return Lupe Fiasco.

Australia is represented with The Kid LAROI delivering his major label debut following an appearance on Juice Wrld’s Legends Never Die LP. Also, Curren$y has teamed up with Harry Fraud once again for a new collaborative project. And to top it f, Gunna fans get a bonus a deluxe edition his Wunna project.

Check out all this week’s notable Hip Hop streams below.

Logic is saying goodbye to the rap game with the release his sixth studio album No Pressure. Although Hip Hop retirements rarely stick, the Def Jam MC claims he’s leaving to focus on being a dad while earning money Twitch.

Lupe Fiasco discovered producer Kaelin Ellis’ beats on Twitter and ended up making an entire EP with him. “He’s like, ‘I got this idea, trust me,’” Ellis told HipHopDX. “That eventually turns into HOUSE with all my beats fully arranged into songs. I was floored!”

Two months after releasing the Wunna LP, Gunna revisits the album for a deluxe edition. The expanded version the project adds eight new songs, including collaborations with Future and Lil Uzi Vert.