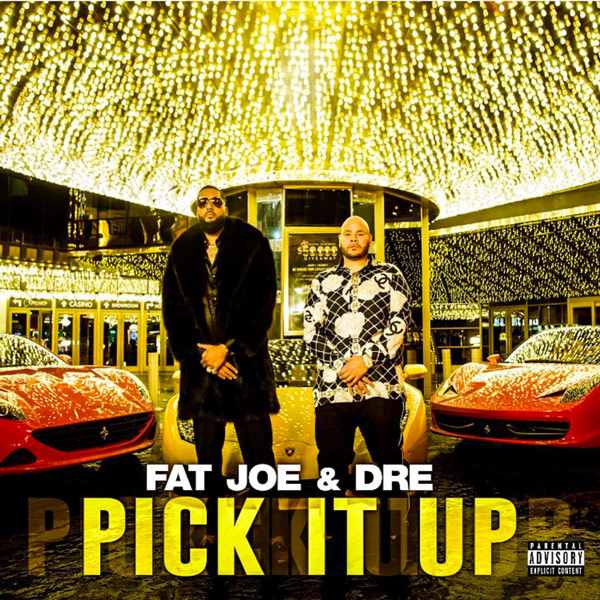 After getting “So Excited” last year, Fat Joe and Dre head to the strip club on “Pick It Up.”

Inspired by Tupac Shakur’s “Ambitionz Az A Ridah” from 1996’s All Eyez On Me, the club banger is an ode to exotic dancers who show f their moves for that paper.

“I love a boss bitch makin’ moves,” raps Dre Cool & Dre fame, who also handles the chorus. “The type to buy her own fuckin’ shoes / I love the ones that make the money moves / While you at it, cop a ni**a something too.”

After Dre handles the melodies, Don Cartagena provides his verse. “I like to be in the pussy but never being a pussy,” he raps. “I peeped you on that ‘Gram and you be slingin’ that pussy.”

To go along with the track, Joey Crack and Dre dropped a strip club-themed video featuring a bevy lingerie-clad models in Las Vegas. Between scenes in front a casino and in private rooms at a gentlemen’s club, the video pauses for a politically-charged moment.

Actress Tiffany Haddish addresses the devastation that has taken place in Puerto Rico in a telethon-like setting. Joe, who’s been an outspoken figure in relief efforts, plays the Kanye West role beside her.

“Donald Trump don’t like brown or black people,” he says. Once the camera cuts f, Haddish replies: “What the fuck was up with that, man? You trying to get us shot?”