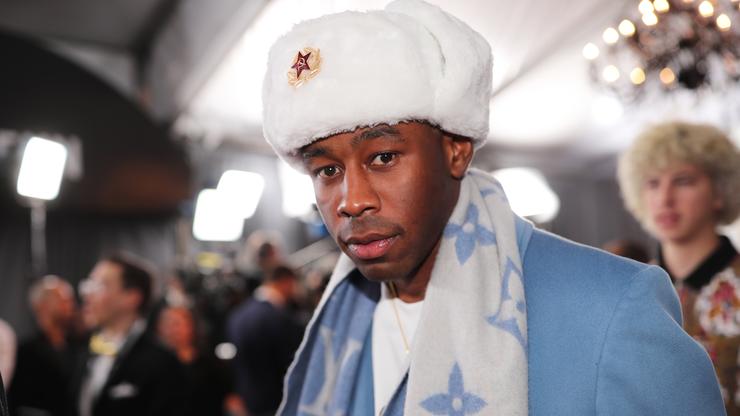 A new photo of Tyler, The Creator from the set of Jackass Forever has fans excited about his cameo.

A new image from the set of Jackass Forever shows a new look at Tyler, The Creator‘s previously announced cameo in the upcoming film. In a post on Eric Manaka’s Instagram story, Tuesday, the Call Me If You Get Lost rapper can be seen being goofy and rocking a white and black tuxedo.

Fellow Odd Future member Jasper Dolphin was added to the movie’s cast as well and perhaps facilitated the cameo.

One usual cast member who has been noticeably absent from the footage of the film thus far is Bam Margera. The legendary skater is suing the production team, who he alleges pressured him into signing a “wellness agreement,” that subjected him to regular drug and alcohol tests, as well as, the prescribed use medication that he says caused him to suffer from depression.

Margera was eventually fired from the film when he breached the agreement by testing positive for Adderall.

Check out the new image of Tyler below.