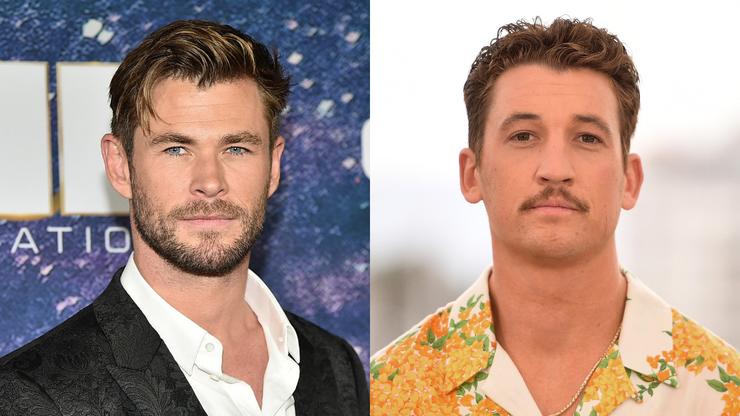 Chris Hemsworth and Miles Teller play opposite each other in the trailer for Netflix’s “Spiderhead.”

Netflix has shared the first trailer for the upcoming film, Spiderhead, starring Miles Teller and Chris Hemsworth. The psychological thriller follows a prison where scientific experiments are offered to inmates in exchange for shortened sentences.

Hemsworth plays pharmaceutical scientist Steve Abnesti while Teller takes on the role of one of the prison’s inmates.

“This doesn’t feel right,” Teller’s character says at one point, to which Hemsworth replies, “The time to worry about crossing lines was a lot of lines ago.”

Speaking with Entertainment Weekly for a recent interview, Teller reflected on how he choose to play his character in the film: “I wanted to portray that sense of trust in the beginning to help show that there’s a real earnestness and sincerity on Abnesti’s part toward helping everybody. He has a soft spot for Jeff, and I think their dynamic is really entertaining to watch.”

He also shared massive praise for Hemsworth: “He had a big workload with this film. His schedule only allowed him to film for a few weeks and Abnesti has a lot of dialogue. So I was really impressed with his ability to know the line, show up on time, all the rules of proper engagement.”

Spiderhead is scheduled to premiere on Netflix on June 17.

Check out the new trailer for Spiderhead below.