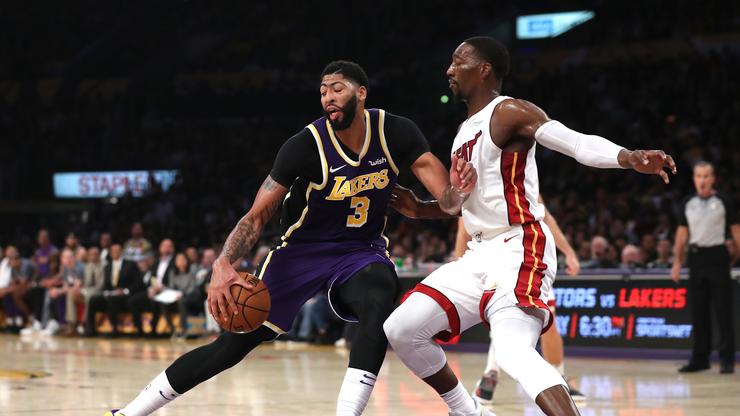 The Los Angeles Lakers and Miami Heat are in the Finals.

This past weekend, the NBA Finals matchup was set in stone. On Saturday, the Lakers knocked off Denver to make it to their first Finals in 10 years, while on Sunday, the Heat defeated the Celtics, giving them their first Finals appearance since 2014. Now, LeBron James will get to take on his former team in what should be a very interesting Finals matchup. The Lakers won both of their games against the Heat this season, although it’s clear that Miami is playing on another level since entering the bubble.

Since the Heat were able to finish their series in six games, fans will be able to experience the NBA Finals just a couple of days earlier than they would have. In the tweet below, Shams Charania of The Athletic came through with the entire NBA Finals, and as you can see, Game 1 goes down on Wednesday at 9 PM EST.

For the most part, there is a one day gap between every single game, except for between matches 4 and 5, where the players will get a full two days off. Almost every game will be at around 9 PM EST, except for Games 3 and 6 which are pegged for 7:30 PM EST. If you’re watching on TV, these games will be broadcast on ABC.

Let us know what you think about this matchup, in the comments below.