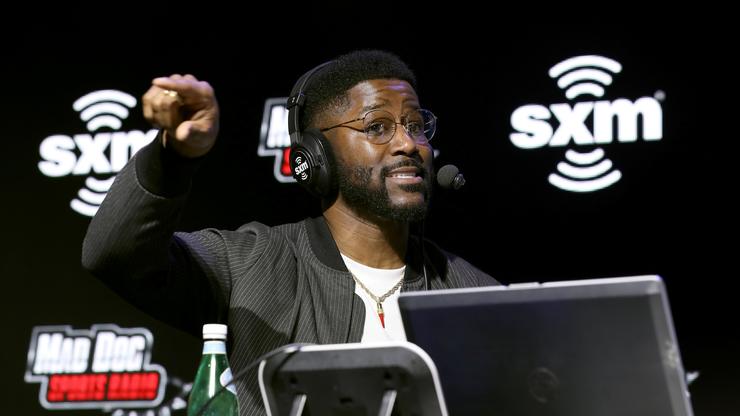 Nate Burleson had some interesting thoughts on Jon Gruden’s resignation.

Jon Gruden had to step down from his post as head coach of the Las Vegas Raiders after numerous e-mails leaked in which the coach used homophobic, sexist, and racist language. Now, Gruden is claiming that the truth will come out, although he remains a social pariah in league circles. Many are worried that more e-mails will be revealed that paint other prominent figures in a bad light, however, that still remains to be seen.

Recently, TMZ was able to catch up with former NFL star Nate Burleson, who spoke on the situation with Gruden. Burleson offered a harsh truth on the matter, noting that Gruden will probably never get another job in the league. Burleson also talked about how disappointing it was to see such language used.

“The league is 75 percent Black and some of those words can be interpreted as racist, insensitive,” Burleson said. “And, Carl Nassib is an openly gay player. And, the words that [Gruden] used when talking about Michael Sam, it really does hurt the heart to hear. This is an inclusive league. And, I think that’s what we pride ourselves on. I’m not sure if we’ll see him back in the league. I’m not sure.”

This has proven to be a PR nightmare for the NFL, although they seem to have recovered fairly quickly. After all, coaches are replaceable, and Gruden was simply a scapegoat who will quickly be forgotten.

Stay tuned to HNHH for more news from the NFL world.