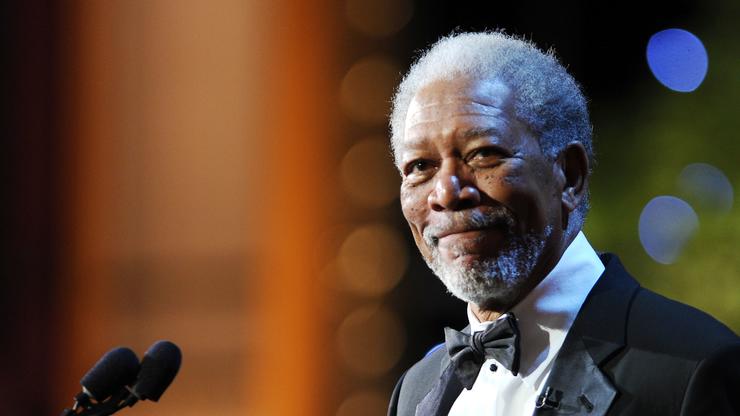 Freeman shared his opinion while discussing “The Killing of Kenneth Chamberlain,” an elderly veteran with bipolar who was shot and killed by police.

During the 2020 protests, hundreds of thousands of people were seen taking to the streets to fight against perceived injustices. A rallying cry from several activists and protesters has been to defund the police in an effort to spread those billions of dollars to underserved communities, but not everyone agrees with the overall concept.

Legendary actors Morgan Freeman and Frankie Faison star in The Killing of Kenneth Chamberlain, a film that centers on the true-life story about an elderly Black veteran with bipolar disorder who was killed by police in 2011. Officers were dispatched to check on Kenneth Chamberlain Sr. back in 2011 when his LifeAlert was triggered, and the interaction resulted in the 68-year-old being tased and shot after police claimed Chamberlain charged at them.

While speaking about the film in a recent interview, Freeman and Faison gave their opinions on the “Defund the Police” movement.

“I’m not in the least bit for defunding the police,” said Freeman. “Police work is, aside from all the negativity around it, it is very necessary for us to have them and most of them are guys that are doing their job. They’re going about their day-to-day jobs. There are some police the never pulled their guns except in rage, that sort of thing. I don’t know.

Faison portrays Chamberlain and was asked about his stance and he agreed with Freeman. He admitted that law enforcement also treats entertainers differently, often better, than everyday citizens from “ordinary walks of life.” Faison called for that to stop and said he believes everyone should be “treated equally.”

The officers involved in Chamberlain’s death did not face charges as the Westchester District Attorney Janet DiFiore, now a Chief Judge in New York, failed to file. She reportedly stated that the officers “acted appropriately,” although there was an officer on the scene who allegedly called Chamberlain a “n*gger.”