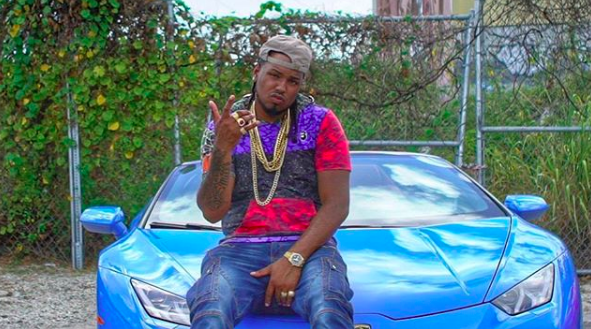 The rapper behind tracks like “Sell Drugsz” and “Feds Watching” was caught with heroin and fentanyl. He will begin his sentence after pleading guilty to five counts distribution fentanyl, one count each possession with the intent to distribute fentanyl, and distribution heroin back in October.

The Rhode Island-based rapper was caught up by an investigation run by East Providence police. Over the course four and a half months, a detective managed to buy 22 grams fentanyl and 2 grams heroin from the rapper.

Prosecutors said that the rapper born Michael Persaud brought his family into the operation. The detective said that on more than one occasion, Persaud was driven to the deals by his girlfriend, who has three children with Persaud.

Persaud’s lawyers asked for leniency in sentencing and appeared to get it. According to The Source, he used his hustle to try to make it as a rapper as pro that he can make a legitimate living.

“Persaud has shown an ability and a proclivity to work at legitimate jobs throughout his life and knows the value hard work and self-sufficiency,” they said.