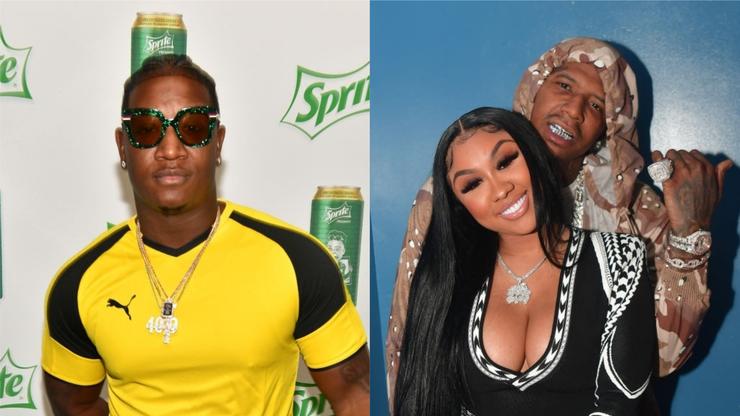 Moneybagg Yo and Ari Fletcher clown Yung Joc on Twitter, going after his pockets.

Nobody is quite sure why Yung Joc, of all people, decided to try and stir the pot this morning by insinuating that Moneybagg Yo was plotting behind G Herbo’s back and trying to steal his girl. After all, as many people pointed out, Bagg and Herbo aren’t even friends. However, he said what he said and now, he has to face the consequences.

That means that Ari Fletcher and Moneybagg Yo saw what Yung Joc said, and they’re not letting him off easy.

Two of the most feisty personalities on the internet, Ari and Bagg are not the right ones to mess with. They clapped back at Joc with Ari saying the following:

“If you used to rap and now if I call a Uber X and you pull up then stay out of rich folks business,” said Ari before touching on G Herbo. “They spent more time together when Yosohn was getting dropped off at home then they did in that picture. Please mind yo business. God bless you and your bank account. Do love and hip hop got something against me? Wtf I do to y’all…”

Bagg didn’t just let Ari handle the situation. He also came through with something to add.

“They kno who to target for attention smh don’t even be accurate,” he said.

Do you think the digs at Yung Joc were warranted? While it’s not respectful at all to joke about how Joc is earning his money, he did scoot all into their business, so maybe he deserved it.