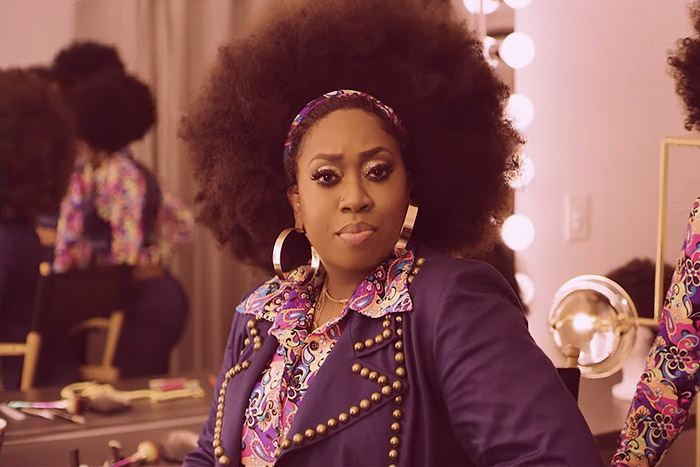 The rap icon takes it back in time in the throwback video for “Why I Still Love You.” The cinematic clip, which she co-directed with Derek Blanks, opens with a cameo from Monica, who gives her daughter a history lesson on Missy and The Demeanors, a girl group who “stayed on the top the charts for three decades.”

The visual then turns to black-and-white as Missy and her bandmates perform in glittery gowns on a retro 1960s set. She then shows f her acting chops as she travels to 1971 where she and her girls are getting ready for a show backstage at Drip 54. The last scene takes place at American Dripstand in 1981 where a timeless Missy switches up her style yet again, rocking a mohawk.

“Why I Still Love You” is one five tracks f Missy’s Iconology EP, her first project in 14 years, which was released last August. She previously released videos for “DripDemeanor” and “Throw It Back.”

In June, the hip-hop trailblazer will return to the stage at the 2020 Governors Ball Music Festival at Randall’s Island Park in New York City. The performance marks her first major NYC headline show in over a decade.

Watch her journey through time in the retrospective clip.