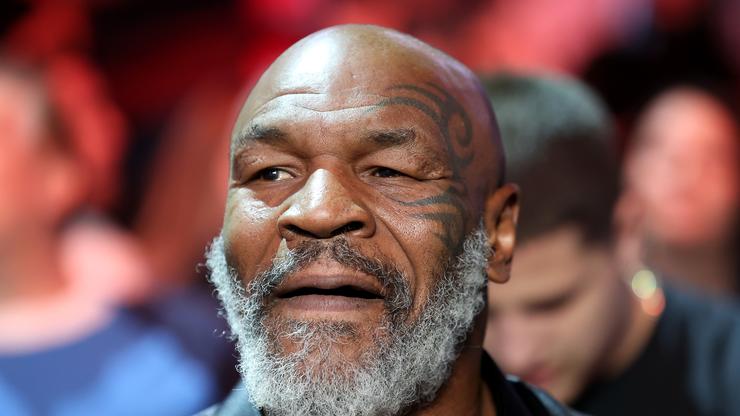 The boxing icon was taken down by The Game, though the circumstances weren’t exactly in his favor.

We have to give him credit- The Game had a lot of courage to take on Mike Tyson in an arm wrestling match. We all know Game likes to talk. Recently, the legendary rapper advised girls to wait on their “grown woman weight” before getting cosmetic surgery. He also said that he challenged Eminem to a rap battle only because 50 “can’t rap.”

Now, Game had to walk the walk, and he was pretty successful. In a video posted on Instagram, the rapper beat boxing legend Mike Tyson in a good old fashioned arm wrestling match.

In the video, Game groans with exertion as he tries to take Tyson down, eventually saying, “Yo, Mike, chill.” Mike does just that and gives up, allowing The Game to win, though Game announces, “It’s a tie, motherf**ker.” Tyson simply leans back and grins.

To be fair to the boxing great, he was operating at a disadvantage, having to lean over in an awkward position to meet his opponent, while also smoking at the same time. It’s clear that the match was just for fun.

Recently, The Game announced he would be releasing a new album called Drillmatic, and also discussed the newest albums from modern rap giants like Kendrick Lamar and Vince Staples. Concurrently, Tony Yayoshed light on The Game’s past, particularly about the root of Game and 50 Cent‘s never-ending beef.

Check out the video of Mike and Game duking it out below. Let us know what you think in the comments- was it a fair fight, or is a rematch in order?

A post shared by Hotboxin’ with Mike Tyson (@hotboxinpodcast)