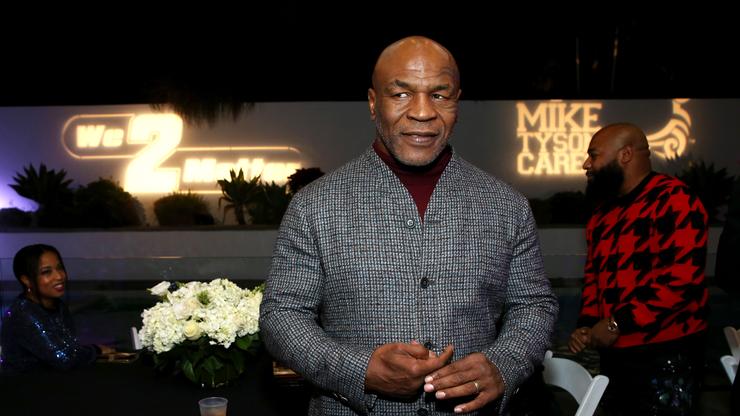 Mike Tyson was at a cannabis conference in Miami on Thursday.

Mike Tyson is in the news right now due to an altercation he had just a couple of nights ago while on a JetBlue flight out of San Francisco. Many of you have already seen the footage, however, for those who haven’t, the scenario was quite simple. Tyson was being pestered by an intoxicated fan, and after telling the man to stop numerous times, the fan continued to be unruly and even threw a water bottle at Tyson. That’s when the boxer got up and punched the man in the head.

Since Wednesday night, Tyson has been doing his own thing. For instance, the boxing legend was in Miami on Thursday night for a big cannabis conference. In the video below, you can even see Tyson hanging out with the likes of Rick Ross and WWE Hall of Famer Ric Flair.

Clearly, Tyson isn’t too worried about what happened on the plane, even if the man he beat up did speak to authorities. According to TMZ, while the man was talking to the police, he eventually become uncooperative with any sort of investigation. With that being said, it doesn’t look like Tyson will be getting in trouble for this altercation, anytime soon.

Tyson has actually received a lot of support on social media in regards to what happened as many people are currently taking his side. The consensus has been clear, if you don’t want to get hit by Mike Tyson, just leave him alone.