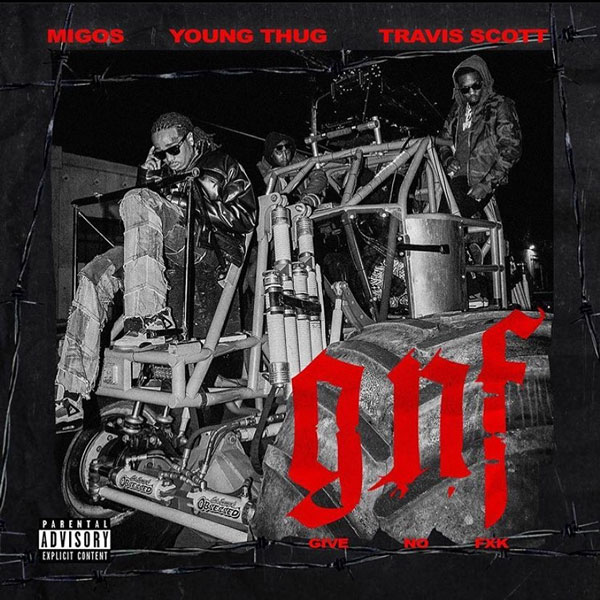 After debuting the song live at ASTROWORLD Fest last year, Migos teams up with Young Thug and Travis Scott on their powerhouse collaboration “Give No Fxk,” their first new single since August’s Quality Control: Control the Streets Volume 2.

Offset, Quavo, and Takef set it f on the explosive banger, produced by DJ Durel and Murda Beatz. “We don’t give no f**ks / Out in public and we run shit,” proclaims Migos, while Thugger and Travis add their melodic flows.

Migos is now gearing up for Culture III, which Offset says will be the third and final chapter in the Culture series.

Watch the “GNF” video below.