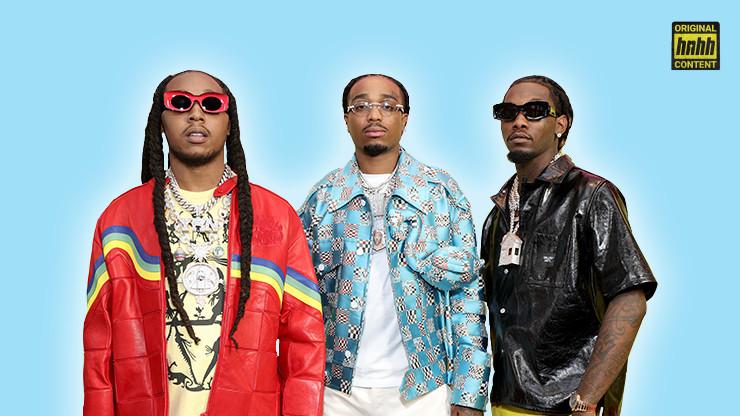 With Migos’ upcoming album “Culture III” dropping Friday, it feels like the album is arriving at an interesting period in the group’s career.

This Friday, Migos are set to deliver Culture 3, the climactic chapter of their long-running and surprisingly controversial trilogy. While that description may be surprising to some, it’s hard not to recall the tides steadily turning against the Atlanta trifecta following the release of Culture 2. It was certainly interesting to observe from afar. Not one year prior to the project’s arrival, Migos were earning universal acclaim for the first Culture. The project was strong enough to elicit a Beatles comparison from Donald Glover. It became a recurring presence on basically every year-end best-of list. Some have even called it the definitive modern trap album.

Yet only one year later, the sequel was met with a frostier response. That’s not to say it was panned. Songs like “Narcos,” “Walk It Talk It,” “Stir Fry,” and “Motorsport” were easily some of the crew’s most successful tracks. Alas, the album’s gargantuan length — especially compared to its predecessor — was a sore spot for many. At twenty-four tracks, Culture II was largely called out for being a thinly-veiled attempt at “stream trolling,” tailored to run up numbers at the cost of being a cohesive listening experience. At a modest thirteen tracks, Culture felt intentional in its design, a quality that cemented Migos as visionaries amidst a sea of imitators. On the expansive Culture II, the mantra of bigger is better appeared to be an unspoken motivator, leading to the impression that the trio were flinging ideas at the wall and hoping something stuck.

Regardless of how one might have felt about Culture II at the time of its release, it’s hard to deny that the project kicked off a new era of Migos disillusionment. That’s not to play the role of an apologist. Offset, Quavo, and Takeoff were undeniably ubiquitous following the album’s release, to the point where many felt that their sound had come to oversaturate the entire market. Fueling that unfavorable narrative was the fact that Quavo and Takeoff both went on to deliver solo albums later that year, with Offset’s debut Father Of 4 arriving at the beginning of 2019 — though it was originally meant to drop in December. Their sound hadn’t exactly undergone any drastic changes, but it seemed as if the public was growing weary of their approach, be it the triplet flow, the autotune-tinged deliveries, or the ostentatious subject matter.

It’s unclear what was expected, or even desired. The Migos haven’t exactly changed their style throughout the years, and based on what we’ve heard from Culture III so far, the upcoming album will not be a reinvention of the wheel. Though the group has emphasized a back-to-basics approach, with Quavo having previously teased a “return to the trap,” one has to wonder how many will be willing to embrace the trifecta once again. Though the 50 Cent-sampling “Need It” might have been acclaimed were it included on Culture, Migos released the single to an audience still wary of welcoming them back with fanfare. That’s not to say reception fell flat; “Need It” and their recent single “Straightenin” have both seen heavy support on streaming services and YouTube alike. But it’s been hard to shake the pervading feeling that many are hoping Culture III marks a proverbial death knell for the once-mighty trio.

Given the circumstances surrounding the release of Culture III this Friday, as well as the current hip-hop landscape and Migos’ position within it, it will certainly be interesting to see how the project performs on the charts. Culture II, though hardly critically acclaimed, was a commercial juggernaut, debuting at number one with nearly two-hundred-thousand albums sold. For additional context, the first Culture moved impressive one-hundred-and-thirty-one units. At this moment, Culture III may be the first of the series to break tradition. And best believe, should that indeed be the case, a vocal band of detractors will be quick to let the world know it.

Considering that only a few years ago Migos were praised for their innovation and influence, it’s a testament to how tastes and trends have shifted. It’s hard to picture the Migos as outsiders, given the impact their presence has had on today’s generation of hip-hop newcomers, but it’s starting to feel like Culture III is more of a high-stakes endeavor than initially believed. There appear to be a contingent of listeners praying for the group’s demise, and anything less than peak performance would surely be the catalyst for smug celebration. On the other hand, their newfound position as slight underdogs might endear them to a new audience, setting the table for Culture 3 to be perceived as a redemption arc of sorts.

With the project only a few days, perhaps it’s time to consider which camp you stand in — if any. Sound off in the comments if you’re excited for Culture III, which features guest appearances from Drake, Future, Pop Smoke, Juice WRLD, and more.