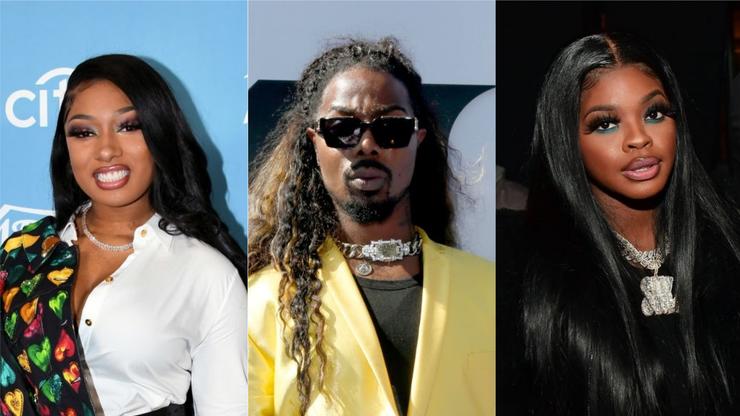 Cardi B‘s birthday party in Las Vegas last month was packed with some of her closest friends in the music industry, including Megan Thee Stallion, the City Girls, and more. According to multiple insiders, the party was filled with booze and bottles at each table. Thus, you can imagine that things got a little out of control at times.

Megan Thee Stallion was reportedly enjoying herself with her bubble when she spotted her former stylist EJ King across the room, opting to get up and speak to him. They seemingly got into an argument, pointing fingers in each other’s faces and causing a scene before JT of the City Girls got between them and tried to de-escalate the situation.

EJ King has spoken out about the situation and, this week, he’s touching on it again with his side of what happened.

“Everybody was faded at Cardi’s party. I’m not a huge drinker so I was a little more calm but everyone was faded,” admits the stylist. “I know when Megan is faded. I know how passionate and animated she is when she’s talking and so, at the party, it could have looked like something crazier. With us talking, it did become a lot. JT may have thought there was something more to it ’cause JT ended up running over and kinda got between us. I don’t know JT. I love [Yung] Miami. I respect the City Girls. I have no issues with no females. I don’t wanna have a war with a bunch of girls. That’s not what that was.”

He goes on to explain that, at the party, he just wanted to hug Megan and tell her that he loves her. However, part of him didn’t want to engage in a conversation with her, knowing how volatile the situation could get, given the fact that they decided to stop working together not long before.

“There were a lot of people in the room that I didn’t want to make the wrong impression of what was going on,” elaborates EJ. “Unfortunately, it did get a lot more animated than I wanted it to. I don’t know JT. I know she’s cool with Megan and maybe she thought she was coming in to help Megan out. But it wasn’t that. JT came between us and she kind of pushed me back. She said what she said and I was like, ‘ma’am, I just don’t know you. I don’t understand what you’re doing.'”