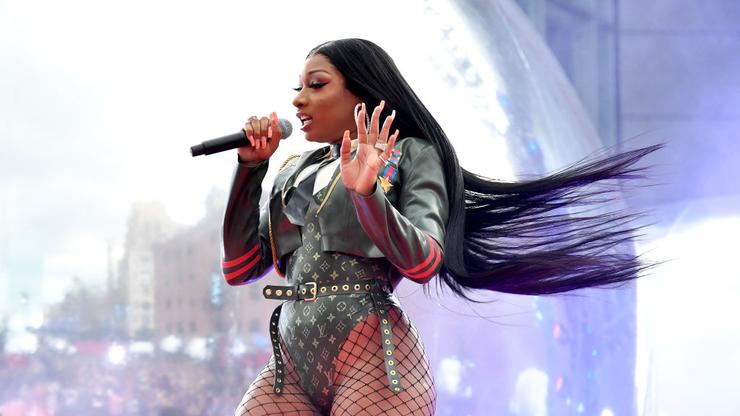 Kelsey Nicole has more than a few words for Megan Thee Stallion after she dissed her ex-BFF on her debut album.

Megan Thee Stallion‘s former best friend Kelsey Nicole is no longer in contact with the Houston-based superstar, and she’s making it tremendously clear on social media that she’s no longer a fan of the rapper.

During the aftermath of Megan’s shooting in July, Kelsey Nicole remained silent and didn’t offer her side of the story until months later, despite her being a witness to the incident. As she has been speaking out, she has made it apparent that she no longer rocks with Megan, which could do with the rumors that Tory Lanez and Kelsey were romantically involved.

With the release of Megan’s debut studio album Good News, the rapper devoted some time to her ex-BFF, calling her out on the intro track, “Shots Fired”.

“And if it weren’t for me, same week, you would have been indicted/You offered M’s not to talk, I guess that made my friend excited, hmm/Now y’all in cahoots, huh, you a puss in boots,” rapped Megan about Tory and Kelsey on the record.

Obviously, Kelsey is not happy about that bar. For the record, Tory has denied offering anybody hush money through his lawyer.

In several different forums, Kelsey has spoken about Megan today, trashing her and saying that, while she’s got a pretty body and face, her soul is ugly.

Replying to someone who commented that she wants to be just like the rapper, Kelsey wrote: “Lol I would never want a soul like hers. Face & body don’t mean shit. Relax.”

On another post, she responded to Megan’s diss about Kelsey wanting the same type of attention that she gets, saying: “The most weirdo shit she could’ve ever said.”

This was supposed to be a celebratory moment for Megan and Kelsey. Unfortunately, it turned into something ugly as their friendship has crumbled to dirt.