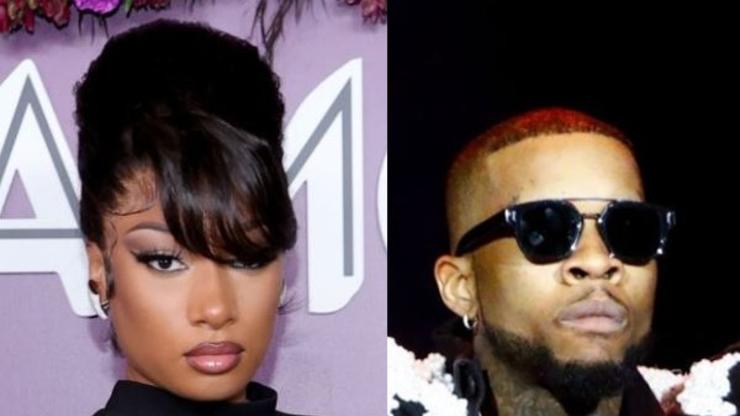 Lanez’s attorney Shawn Holley alleges that the bullet fragments that were reportedly taken from Megan’s ankles cannot be located.

The internet was taken over by the Tory Lanez and Megan Thee Stallion case today and it has elicited passionate responses from the public. It was in July 2020 when Megan was reportedly shot in the foot during an altercation with Lanez, and almost immediately, the rapper stated on Instagram Live that Lanez was the person responsible. The case has been polarizing in Hip Hop and beyond, and as tweets regarding what’s going inside the courtroom made their way to social media, the divide widened.

Shawn Holley, Lanez’s attorney, released a statement about what occurred in court and clarified reports about the independent witness.

According to reports, Megan allegedly got into an argument with another woman prior to the shooting, suggested to be her former best friend Kelsey Nicole.

“Today in court it was revealed that an independent witness reported to the LAPD that he observed a fight break out between the two women in the car, just prior to the shooting. Megan herself corroborated this account, telling officers shortly after the incident that the argument was between her and the other female passenger in the car. The independent witness also told officers that the muzzle flash was closest to the other female, which is corroborated by the gunshot residue found on the other female’s hands. It was further established that Megan gave several inconsistent accounts of what happened that night and that she omitted key information to the police. We look forward to the opportunity to cross examine her at trial about the numerous inconsistencies in her story.”

As headlines permeated social media, Megan lashed out at those who she believed were minimizing her experience. “I’ve been shot and the focus of some these headlines are dismissing that I was attacked with a weapon while I was unarmed and trying to paint it as a cat fight between friends,” she wrote.

TMZ returned with yet another update, this time adding a quote from Holley where the attorney claimed, “On cross-examination, Detective Stogner admitted that the bullet fragments allegedly removed from Ms. Pete’s ankles cannot be located.” This has caused a new wave of speculative reports and conspiracy theories. Meanwhile, Kelsey Nicole has called the allegations against her “all cap.”

Read through a few reactions below.