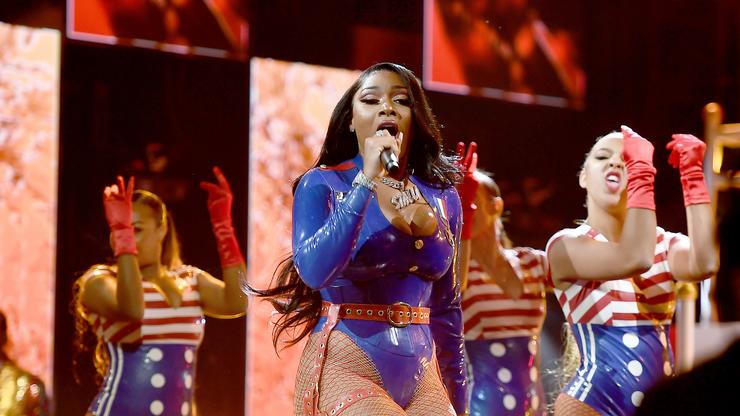 Megan Thee Stallion previewed her upcoming single, “Girls In The Hood,” which samples the N.W.A. track, “Boyz-N-The-Hood,” performed by Eazy-E.

Megan Thee Stallion is gearing up for Hot Girl Summer Round 2, and to kick f the festivities, she’s dropping her first single the sunny season, “Girls In The Hood.” Megan is putting a feminine twist on the gangsta rap classic, “Boyz-n-the-Hood,” which was originally released in 1987. Performed by Eazy-E, the song was ghostwritten by Ice Cube and co-produced by Dre. Dre, DJ Yella, and Arabian Prince before they ficially went on to form N.W.A. alongside MC Ren.

Meg announced her new single on social media, but she gave her most devoted fans the first glimpse at the upcoming track using her “Hot Girl Hotline.” The rapper sent out a mass text to all the Hotties subscribed to her messaging service, with a link to a 20-second snippet the instrumental attached. Listen to the preview “Girls In The Hood” here.

She went on to share the album art, which shows her decked out in a baby pink bandana top and fur hood, and announced that the single would be released this Friday, June 26th.

The announcement sparked a ton excitement among Megan’s fans, including Lil Nas X, who replied to her tweet saying, “this finna fckin slap i feel it in my balls.”

Are you looking forward to “Girls In The Hood”?