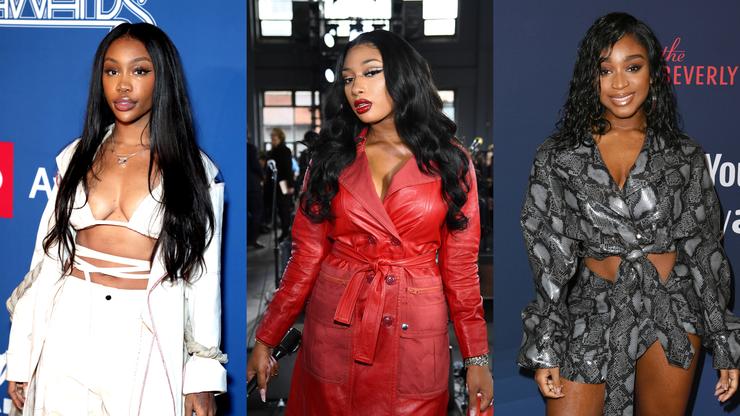 Megan Thee Stallion, SZA, and Normani have had an incredible past few years, marking major milestones and innovating the game while they’re at it. It should come as no surprise to you then that the trio incredibly talented women will be covering the Rolling Stone’s second annual “Women Shaping The Future” issue. Rocking all-black attire, Meg, SZA and Normani absolutely stun on the front cover the upcoming issue.

Just after the cover made its way on the Internet, SZA made it clear that this could very well be the final cover spread she’ll ever do. “Not doing any videos Interviews or photos for the rest my life lol don’t ask,” she wrote on Twitter. “S/o Normani and meg tho . My sisters who I love very much and respect deeply . Honored to be apart ANYTHING w the two those BLACK QUEENS.”

Although there isn’t any word on whether all three have a collab in the works, you can’t deny the impact all three them have had within a short period time and the impact they will continue to have. Meg and Normani have everyone waiting on their debut albums but in the lead-up, they’ve continued to keep their foot on the pedal. As for SZA, we’re still waiting on her sophomore album and/or the CTRL deluxe edition.