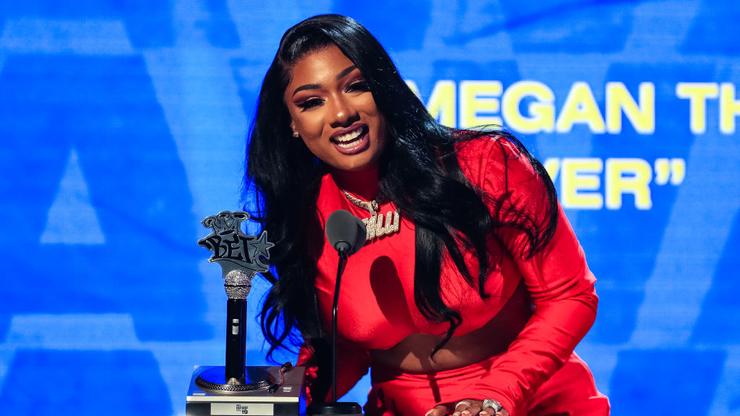 Megan Thee Stallion shares more good news, revealing that SZA and Juicy J will be on her debut album.

Megan Thee Stallion has been working all year on the release of her debut studio album Good News. The album title, its release date, and the cover artwork were all shared this week as we gear up for a week’s worth of album promotion from Megan.

The superstar rapper from Houston is dropping her debut album on November 20 and her fans couldn’t be any more excited.

As we wait for more information about the project, specifically its tracklist, Hot Girl Meg is revealing a few names that we can expect in the credits.

“I’m not gonna lie. My friend SZA– she pulled up on me in the studio because we have a song that’s going to be on my album too and it was so fire making that song with her,” said Megan. “Juicy J produced it and we know I love Juicy J. We got a lot of bangers on the album.”

Considering how close Megan is with the Top Dawg Entertainment singer, it was only a matter of time before they minted their friendship with a  studio collaboration. What do you think this will sound like?