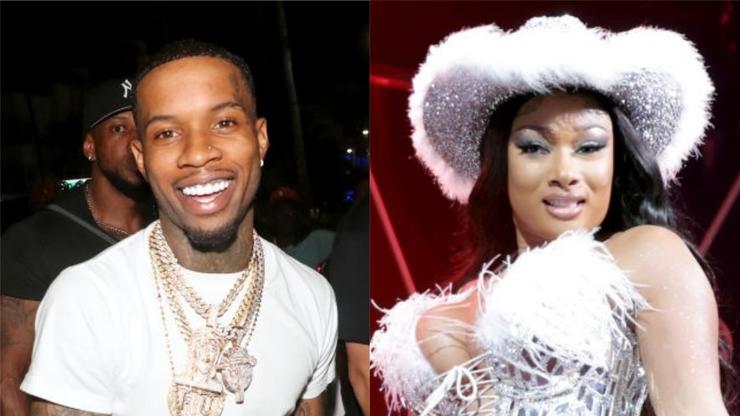 An independent witness claims Megan and Kelsey were fighting in the car before shots were fired.

Tory Lanez was upset that only a few stories were being told in the media from his court date on Tuesday, especially the ones that paint him in a negative light. He’ll be pleased to see that other stories, including this one, which his defense team is using to argue toward his innocence, are also being broadcast.

According to an independent witness who allegedly saw the incident go down last summer, Megan Thee Stallion and her former friend, Kelsey Nicole, were fighting in the car before Tory Lanez, who was also in the same vehicle, fired shots.

Tory’s team feels that the witness’ account of the shooting casts doubt on Megan’s claims about Tory being her shooter. The witness says that they saw the gun’s muzzle flash go off closer to Kelsey than Tory.

Shawn Holley, Tory’s lawyer, says the muzzle flash detail is “corroborated by the gunshot residue found on the other female’s hands.” Holley also argued that Megan provided “inconsistent accounts of what happened that night” to the police once they arrived on the scene, allegedly omitting “key information.” You may recall that Megan initially told police that she had stepped on glass, and didn’t disclose that she was shot. She was allegedly trying to protect Tory Lanez — Megan stated that, since this incident happened the month after George Floyd was murdered, she was scared that if she mentioned the shooting, Tory could get hurt.

“We look forward to the opportunity to cross examine [Megan] at trial about the numerous inconsistencies in her story,” said Holley.

This comes following reports from a detective on the case that Tory shouted “Dance, bitch, dance!” at Megan before shooting at her feet. Kelsey Nicole addressed information being shared from yesterday’s court date, saying it’s “ALL cap” and that she’s getting ready to tell her side of the story.

We will continue to keep you updated as more information is revealed.