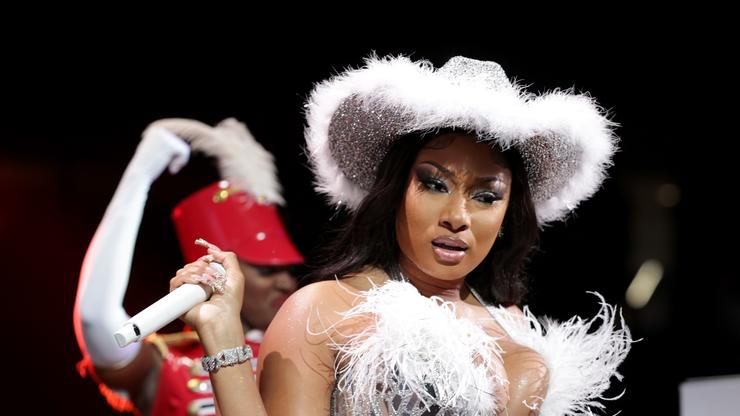 The rapper also gave an update on her status.

COVID-19 has continued to be a rising concern across the globe and this week, there have been an increasing number of stories regarding sports and entertainment figures testing positive. The Real Housewives of Beverly Hills set was shut down after several members of the cast came down with COVID, and the Los Angeles Rams, as well as the Chicago Bulls and Los Angeles Lakers, were rumored to have suffered outbreaks.

Today (December 16), Megan Thee Stallion came forward to announce that she has been forced to cancel a performance after members of her team were put at risk.

“We recently learned a few members on my team have been exposed to COVID,” the message read. “While I tested negative this afternoon, I’m not feeling well, and as a safety precaution, I unfortunately, won’t be able to perform at Jingle Ball in Atlanta tonight. I’m extremely disappointed to let my hotties down. Hoping to feel better tomorrow, and plan to take another test as an extra safety measure.”

Weeks ago, Megan also canceled a show in Houston, stating that she wanted to honor the victims of Astroworld as the city continues to heal. Of course, her fans have been slowly emerging with doubts and instead have offered their theories as to why these shows were axed. Check out the message below.