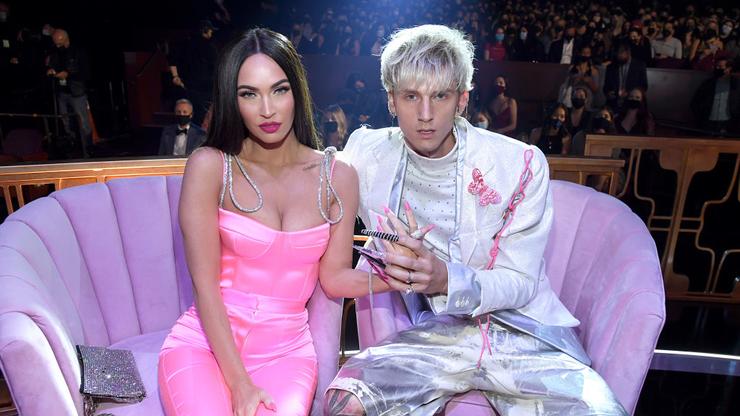 Machine Gun Kelly and Megan Fox are back at it, getting raunchy for yet another magazine photoshoot.

In the cover photo, they look sensually into each other’s eyes. In some other photos, Megan and Machine Gun lock lips. Another one of their photos together sees Megan clutching a handgun and pointing it at her boyfriend’s crotch.

Their love is just as intense as it seems too, with MGK leaving a pretty wild caption for the world to read.

“a life without you is worse than death, put a bullet in my head if we have nothing left,” he wrote. “and if that ever comes, meet me in heaven and lets fuck like demons.”

Machine Gun Kelly and Megan Fox have been dating for approximately one year, meeting on the set of an independent film in 2020 while Megan was still married to Brian Austin Green. It didn’t take a long time for them to completely become infatuated by one another, posting all kinds of PDA-filled photos and videos at the start of their relationship. Despite some fans wishing for the in-your-face romance to dissipate, they’re still very much going strong.

Check out their new pictures below.