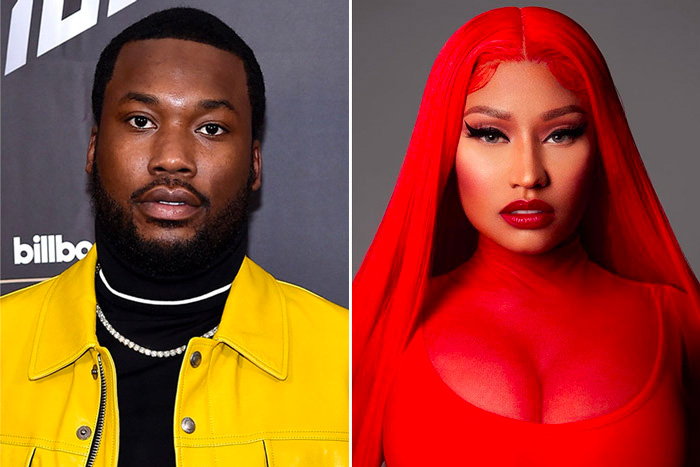 Meek Mill is still thinking about his ex.

Just hours after Nicki Minaj announced her pregnancy, the Philly rapper is weighing in on the news. Meek responded to a post from @JustinLaboy, who wrote, “Y’all got 1 time to share Nicki pregnancy picture on your story or timeline and you getting blocked. She don’t know you & she didn’t post you when you were pregnant.”

Meek seemingly agreed with the thoughts and reacted with a series laughing emojis. He later deleted the comment.

But his petty response didn’t go unnoticed. “He’s obsessed like grow up lmfaooo,” commented one fan, while another added, “Idk how anyone can date him after Nicki. He is obsessed Lmfaoo.”

This wouldn’t be the first time Meek has addressed his ex. The former couple, who ended their relationship in 2016, had a heated confrontation at an L.A. clothing store earlier this year followed by a spat on social media after Meek liked an Instagram meme Minaj’s husband Kenneth Petty that mocked his fashion.

Earlier today, Nicki shared a series photos from her maternity shoot with David LaChapelle. She received an outpouring support from friends and fans. “Love. Marriage. Baby carriage. Overflowing with excitement & gratitude. Thank you all for the well wishes,” wrote Nicki.

Meek welcomed his own son with girlfriend Milan Harris in May. The baby was born on his 33rd birthday.