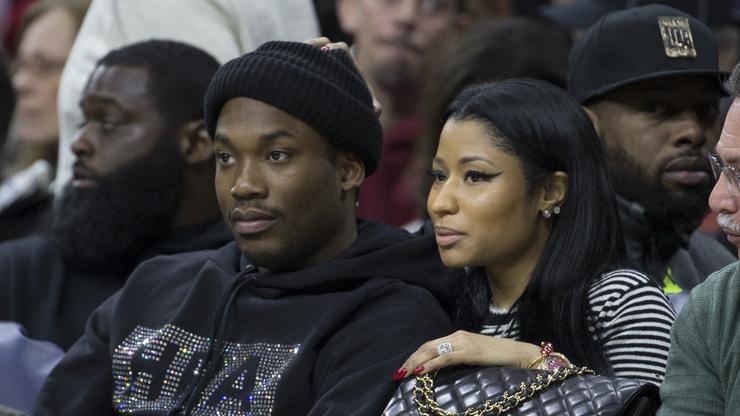 Over the past year, Nicki Minaj has found herself more removed than ever from the music industry. Mind you, she has been cooking up but she’s expressed her desire to start a family on numerous occasions. Her and her now-husband, Kenneth Petty, ficially got married in October.

Earlier today, Nicki Minaj confirmed what many have been speculating for weeks — she’s pregnant with her first child. With elaborate pregnancy pictures captured by renowned photographer David LaChapelle, it looks like she’s pretty far along at this point. She’ll likely remain low-key until she gives birth but many people chimed in congratulating her on the announcement.

Though Nicki and Meek have been broken up for months at this point, it appear that he also chimed in on the matter this morning. He didn’t directly say anything about the pregnancy per se but rather, shared a slew emojis capturing his feelings towards those who are congratulating Nicki on their TL.

“Y’all got 1 time to share Nicki pregnancy picture on your story or timeline and you getting blocked. She don’t know you & she didn’t post you when you were pregnant,” a post reads. Right underneath the post in the comment section, Meek Mill left three mouthless emojis followed by three crying emojis. It has since been deleted, though Meek should know by now that screenshots are forever.