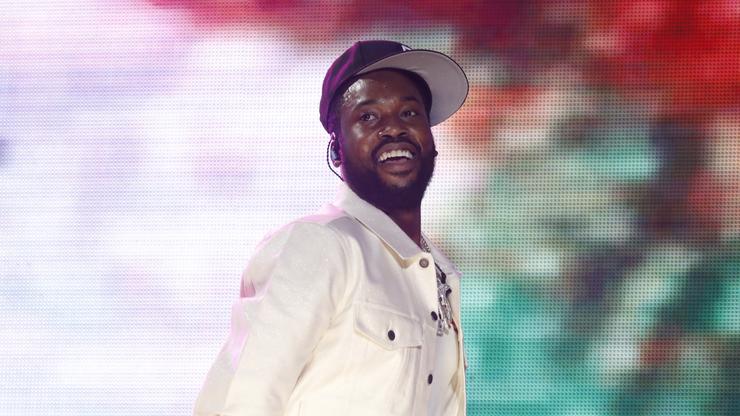 Meek Mill took to Instagram to give a taste of upcoming new music.

2022 has so far been suffering from a Meek Mill drought. This isn’t to say the artist has been quiet. He recently asked Elon Musk for a favor after Musk announced his intention to acquire Twitter, and he weighed in on Young Thug and Gunna‘s legal issues, saying they aren’t “crime bosses.” But the year hasn’t seen much in the way of new music from the Philadelphia native.

It seems the drought is about to end. According to Mill’s recent Instagram post, new releases are on the way. In the post, Meek teases a clip of a new, high-octane music video for a high-octane song. The rapper captioned the enticing teaser with a “Loadinggggggggg……..”

Meek Mill‘s last full-length project was last year’s Expensive Pain, which boasted features from Lil Baby, A$AP Ferg, Moneybagg Yo, Young Thug, Lil Uzi Vert, and more. The album wasn’t without its controversies. Its lurid cover art was criticized after being advertised on public buses, and he criticized the Billboard charts during the album’s rollout. The album followed up Meek’s smash-hit Championships, which was enormously popular, at one point charting 15 of its songs on the Billboard Hot 100.

This isn’t the first time this year Mill has hinted at new music. The rapper alluded to projects being in the works back in February during a Twitter Q&A. Since then, he’s been all over the place, hitting an insane trick shot at a Sixers game and continuing to blast first week sales numbers, calling them “fake.”

Check out Mill’s teaser below.