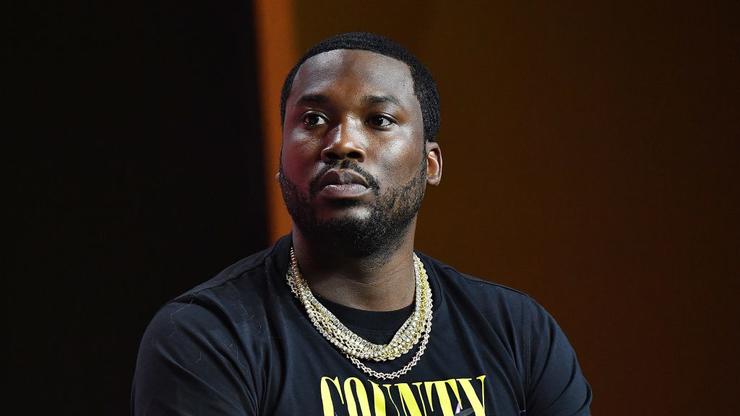 Meek Mill is tired everybody keeping an eye on his social media activity, especially as it pertains to Nicki Minaj.

Nicki Minaj revealed to the world that she is expecting her first child, sharing several extravagant photos her baby bump. As her fans celebrated the incredible news, one man acknowledged his own feelings over Nicki’s pregnancy as Meek Mill commented on somebody’s post, laughing at the people congratulating her in her mentions.

“Y’all got 1 time to share Nicki pregnancy picture on your story or timeline and you getting blocked. She don’t know you & she didn’t post you when you were pregnant,” wrote somebody on Twitter, to which Meek added a bunch laughing emojis.

The comment was eventually deleted but still, it earned him some backlash on social media. As per usual, the Barbz flew to attack the Philly native, wondering why he always seems to be commenting on Nicki’s life.

It didn’t take long for Meek to snap back again with a remark about how ferociously people were coming for him over a simple comment on IG.

As expected, Meek was hit with even more slander in his replies by daring to respond to the trolls. Some things never change.