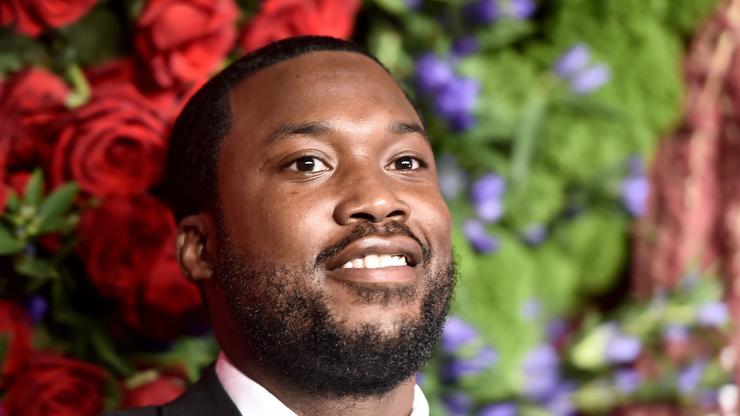 Meek Mill joined Young Thug in defending James Harden after the NBA player was photographed sporting a mask with a “Blue Lives Matter” flag on it. As Harden was reunited with his teammates in the NBA bubble in Orlando this week, the Houston Rocket was met with a wave backlash over a photo him seemingly showing his support for the police force. The ficial Houston Rockets’ Twitter account posted a photo Harden wearing a mask with a blue American flag on it, a symbol for those who preach the Blue Lives Matter stance. This crowd is ten criticized for taking the side law enforcement in instances police brutality, even when fatal, so you can imagine how many folks felt about Harden seemingly repping anti-BLM views.

However, a few his close rapper friends are coming to his defense, including Young Thug and Meek Mill. Shortly after Thugger took to Twitter to point out that Harden “don’t have internet so he obviously don’t know what’s right or wrong,” Meek echoed this sentiment. “Y’all know damn well Jh don’t know what that mask meant because I don’t!” Meek tweeted. “He donate millions in real life to our people! End story.”

What do you think?