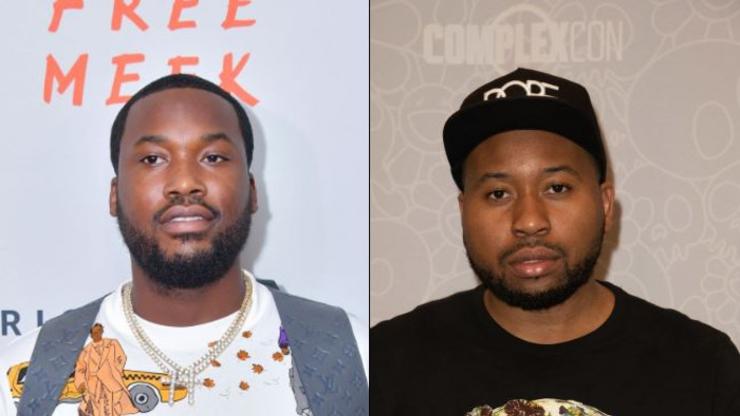 Meek Mill and Akademiks’s beef rolls on, and the rapper tweeted that the “Everyday Struggle” host is canceled.

The contention between Meek Mill and Akademiks continues. Since Akademiks and Freddie Gibbs launched their newly-birthed beef, it seems that everyone is taking a jab at the popular blogger. Just yesterday (June 29), Akademiks called Gibbs “absolutely irrelevant” after the rapper made comments about Jeezy‘s musical relevancy in today’s culture. A Twitter back-and-forth, ensued, which resulted in Teletubby-inspired merchandise and Ben Baller dropping f his two cents as well.

On Tuesday (June 30), Meek Mill added his voice to the conversation, calling for the cancelation Akademiks. The rapper tweeted, “Akademiks canceled because he’s a bad police and our culture don’t need them …. he also gassed a lot beef that got people killed and hurt and never donated a dollar to the culture! We gone holla at you next run champ lol.”

However, Akademiks let it be known that he doesn’t believe Meek Mill has that authority. “You can’t cancel anyone meek,” the Everyday Struggle host replied. Just last week, Meek Mill told Akademiks to stop speaking about him, but it’s clear that these two aren’t quite done trading potshots just yet. Check out Meek’s tweet below.