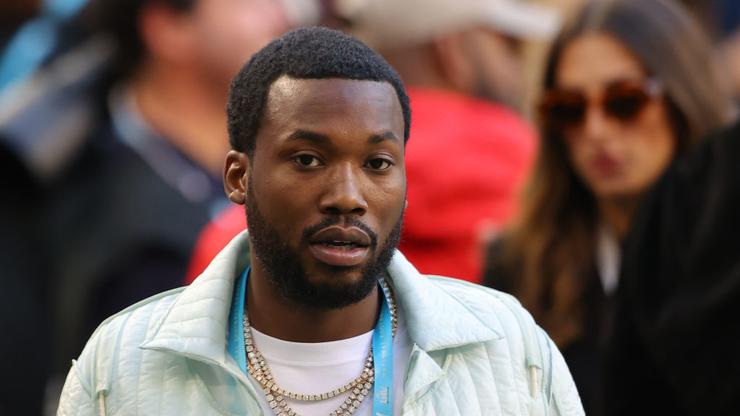 Lil Uzi Vert refers to the constant violence in his hometown of Philadelphia in his new song with Future, “Stripes Like Burberry”, rapping, “I’m used to the murders, I’m from Philly.” Having been born and raised there, Meek Mill is also no stranger to how wicked the trenches can get in Philly.

He used his platform to try and promote positive change in the community, tweeting that he would be signing Philadelphia-based rappers who stop beefing and start focusing on their music.

“I’ll get all the main big artist in philly a deal if they put them bodies behind them and squash them beefs …I hear about ….got some hot young bulls from my city but they all beefing,” said Meek. “And that’s just a idea but I’ll push thru with my city if y’all make it thing! It’s like 5 clicks that’s talented but they deep in! And get they most attention when they beefing! And when I say bodies I mean friends or family you lost!”

With all of the recent deaths in hip-hop over gun violence, you would think that Meek’s message would have resonated in his community. Unfortunately, it only caused people to question him and make jokes at his expense.

Local rapper Poundside Pop pressed him over the comments, saying: “ITS TIME FOR YOU TO PICK A SIDE….. IS YOU ZOO OR NOT N***A????” Meek replied and said that he wasn’t about to take a side, which prompted Poundside Pop to bring out receipts.

He shared some of Meek’s lyrics, which claim he’s from Berks Street, before finding evidence of Meek also saying he’s from 18th. He ended up “banning” Meek from North Philadelphia as a result.

Of course, social media had a lot to say about Meek’s attempt to stop the violence, as well as Poundside Pop’s response. Check out some of the most popular responses below.