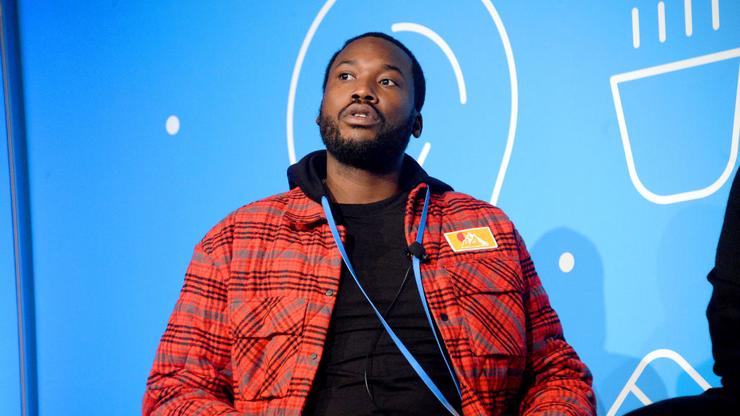 Meek Mill specified that he has a 4-pack of new music dropping this week.

Meek Mill has been in the news all morning because of his comments about violence in his hometown of Philadelphia.

“I’ll get all the main big artist in philly a deal if they put them bodies behind them and squash them beefs …I hear about ….got some hot young bulls from my city but they all beefing,” said Meek on Twitter. “And that’s just a idea but I’ll push thru with my city if y’all make it thing! It’s like 5 clicks that’s talented but they deep in! And get they most attention when they beefing! And when I say bodies I mean friends or family you lost!”

The remarks were surprisingly met with joking laughter from Philly’s trenches, with rapper Poundside Pop going so far as to “ban” him from North Philly.

Meek has already responded to the backlash his comments have caused and, this week, it looks like he’ll be distracting from his initial statement with the release of a new 4-pack of music.

Meek has been teasing a lot of new music recently, even promising a new album before the end of this year. It’s unclear if that remains the plan but, for now, his fans will surely be happy about the new pack.

Will you be checking out Meek’s new release this week?