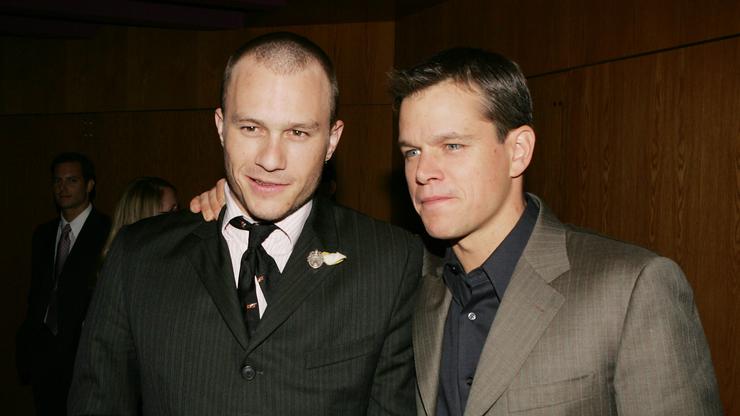 Like so many others, Matt Damon chooses to get tattoos that commemorate the important people in his life. When he sat down with GQ for his most recent cover story interview, the 50-year-old opened up about the permanent tributes he’s gotten inked.

As it turns out, Damon’s wife, Luciana Barroso, was the one to talk the actor into getting tatted. “She just announced it,” he recalled.

“We were in our apartment in Manhattan, and she was, like, ‘We’re getting tattoos.’”

Although the actor agreed to his wife’s impulsive suggestion, he refused to have anyone but Scott Campbell tattoo him.

“There is a friend of ours who did all of Heath Ledger’s tattoos,” the Oscar-winning writer told GQ. “I told him if I ever got a tattoo, he was my first phone call.”

Back in 2013, Damon gave Campbell a ring, and the tattoo artist came to the couple’s abode, where he inked Barroso’s first name on her husband’s arm.

On that same day, the Good Will Hunting actor received another piece from Campbell – a squiggly line, also on his arm.

The two actors worked together on The Brothers Grim, several years before Ledger’s untimely death back in 2008 at just 28 years old.

Damon also told GQ that his wife received the same tattoo from Campbell on her foot.

“We both have that – it’s like a little creative little blessing. It’s like an angel that looks over all these names that are on the arm,” he said, referring to the ink he’s gotten of his children’s names over the years.

Check out the Ocean Eleven star’s sentimental tattoos for yourself below.