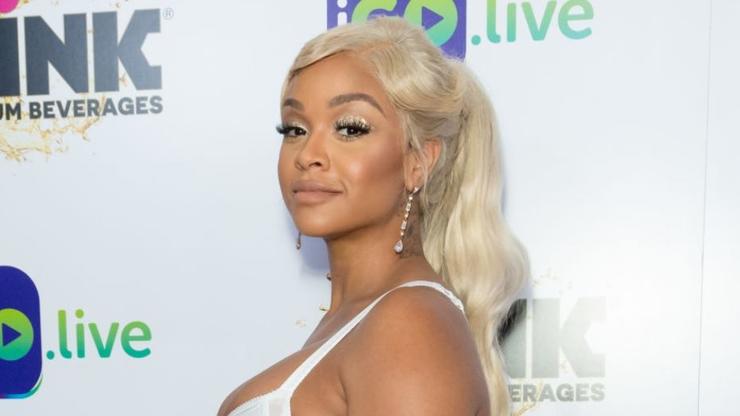 Kylie had a child with a rapper at 20-years-old, so Masika doesn’t understand why people are so critical of Yaya and NBA YoungBoy.

She kept her pregnancy quiet for months despite rumors that she and NBA YoungBoy were expecting a child together. Now that the cat is out of the bag, Yaya Mayweather isn’t shy about showing off her baby bump. Yesterday (November 5), Yaya and her loved ones hosted a baby shower where they revealed to the world that the 20-year-old will soon give birth to a little boy. Yaya has faced criticism over being the latest in line of YoungBoy’s children’s mothers, as it’s reported that he has five or six kids with just as many women.

Masika Kalysha weighed in on the discussion and pointed out that Kylie Jenner was also 20-years-old when she gave birth to her daughter Stormi whom she shares with rapper Travis Scott. Masika believes that people aren’t being fair in how they are condemning Yaya but didn’t speak up about Kylie’s situation in the past.

“Did you say this about Kylie? Or nah? Cuz they both millionaires who got pregnant by rappers at the same age… leave that girl alone,” Masika tweeted to a critic. Someone else chimed in that Travis didn’t have multiple children by multiple women when Kylie gave birth. “That fact that y’all are trying to force my analogy to be shade to Kylie really shows how underdeveloped your cognitive skills are. Wow sad times,” Masika replied.

In another tweet, Masika added that pointing out YoungBoy’s other children or the mothers of his children wasn’t the point. “I’m sure she’s well aware of her situation,” she said of Yaya Mayweather. “Why not send prayers & encouragement instead of ridicule & negativity? Pregnancy is already emotional & stressful enough w/o public scrutiny. U have no idea how strong u have to be as a public figure. B kind or b quiet.” Do you agree with Masika Kalysha? Check out her tweets below.