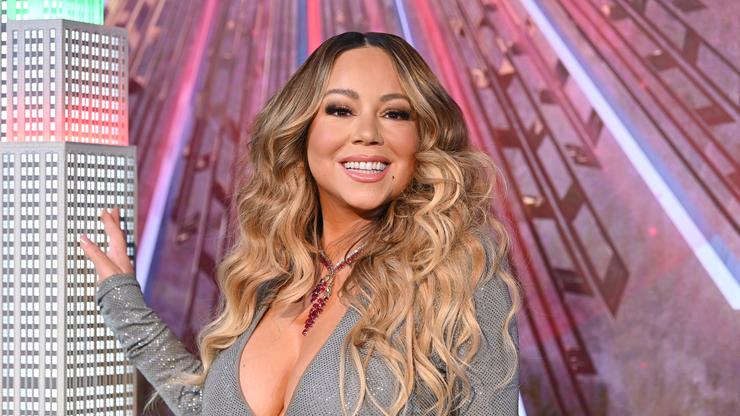 The “All I Want For Christmas Is You” singer has had it with Halloween.

So it only makes sense that, as Halloweekend came to a close and the air changes from crisp to frigid, Carey was ready to welcome the holiday season.

In an Instagram video posted exactly at midnight on November 1, Carey, dressed in a shimmering, red Christmas gown, walks out of her front door and to a trifecta of Halloween pumpkins reading, “It’s Not Time.” As church bells ring to mark midnight, she smashes the pumpkins with a candy-cane painted baseball bat and those famous first “All I Want For Christmas Is You” notes play and we are fully immersed into a Mariah Carey Christmas morning.

Included within the presents and ornaments and fake snow is a subtle hint that Carey will be releasing something on November 5, and the warning that we have to make it through Thanksgiving before we make it to Christmas. But we all know that there’s a faction of people out there who are already buzzing with the Christmas spirit, including a couple A-listers in Carey’s comment section.

Kerry Washington noted that Carey, “STAYS READY,” and she is not lying. Carey dropping a video to promote “All I Want For Christmas” and mark the official beginning of Christmastime is perfect and a hilarious acknowledgement of those people already looking forward to December 25.

What do you think of Mariah Carey closing the book on Halloween and opening it for Christmas? Let us know in the comments.