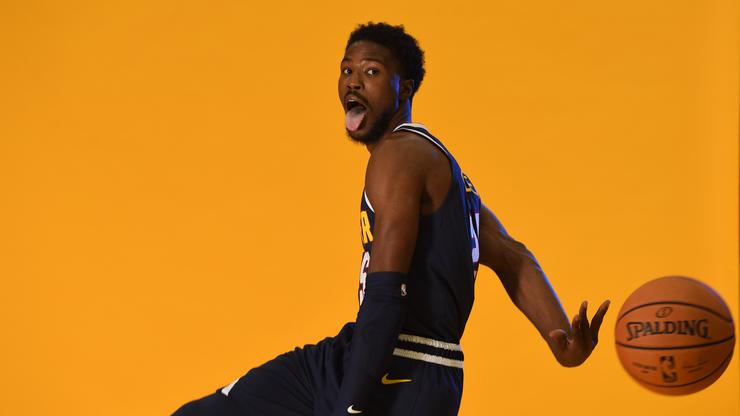 The origin the fight is still unknown.

Malik Beasley is currently training for his upcoming season with the Denver Nuggets although based on a new video obtained by TMZ, it seems like he could have used some MMA training. In the video below, you can see Beasley in an apartment building lobby while he paces around back and forth. At one point, NFL free agent Su’a Cravens walks in and Beasley punches him. This leads to a pretty intense fight that sees Cravens get Beasley on the ground. Cravens got a few punches in before being pulled f by a woman.

The woman in question is Instagram model Montana Yao who has a child with Beasley. It appears as though the fight was actually about her but no one knows why it all started in the first place. Beasley was eventually removed from the building and afterward, Cravens took to Snapchat where he bragged about beating up Beasley. “I just had to beat a n***a ass that just tried me,” Cravens boasted.

Based on the aftermath the fight, it doesn’t look like these two will be settling their differences anytime soon. Perhaps both men have forgotten about the altercation considering it happened back in August. Regardless what went down, Yao still seems to be attending Beasley’s games in Denver.