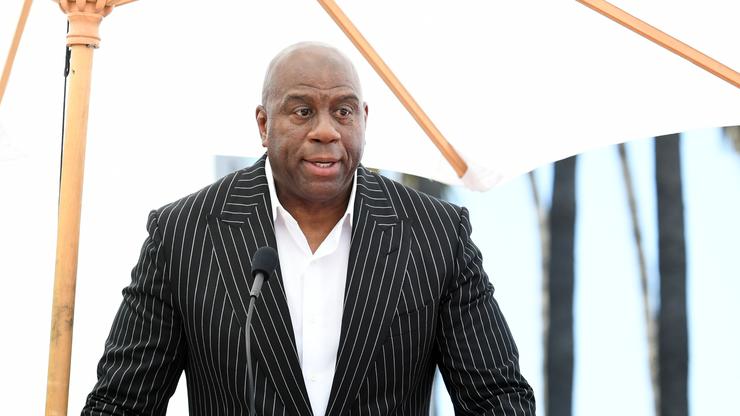 Antonio Brown and Kanye West are among Magic’s competition.

As it stands, the Denver Broncos are up for sale. The team is valued at a whopping $4 billion and there are plenty of different parties who are interested in copping the team. Of course, perhaps one of the biggest suitors so far is none other than Kanye West who has teamed up with Antonio Brown. The two are trying to buy the team under the Donda Sports umbrella, although it remains to be seen if the current Broncos owners will want to accept their offer.

Besides Kanye and AB, the Broncos are eliciting interest from another legend. According to TMZ, that man just so happens to be Magic Johnson. Magic has some ownership dollars in various sports teams, so it would only make sense that he has an interest in acquiring a bit of the Broncos.

As per the report, Johnson is linking up with Josh Harris who is a co-owner of the Philadelphia 76ers. He is one of the men trying to acquire the Broncos right now, and given the fact that his net worth is over $5 billion, there is a very good chance that he can afford whatever price is associated with the team.

The Broncos ownership sweepstakes has barely begun as for now, there are very few reports concerning which group is leading the bidding war. With that being said, this summer should be very interesting as the Broncos look to have a very seemless transition of power.