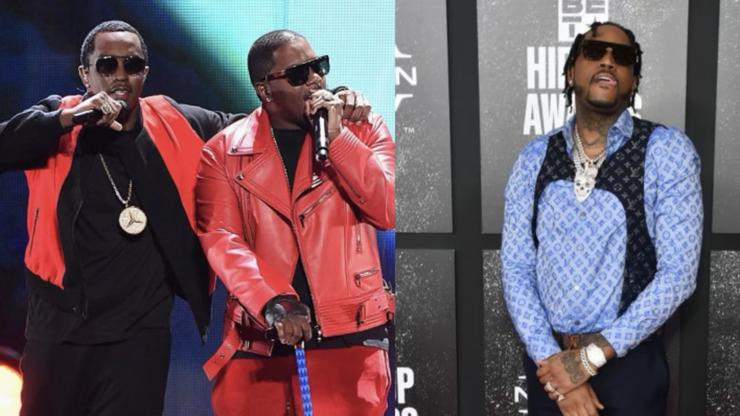 Fivio appeared on the “Million Dollaz Worth of Game” podcast earlier this week to spill about his deal with the former Bad Boy.

The music industry has been known to take advantage of up-and-coming artists on more than one occasion, and during an interview on the Million Dollaz Worth of Game podcast, Fivio Foreign admitted to Gillie Da Kid and Wallo that he was one of them.

The New York native revealed that, prior to his big break, he signed a deal with Ma$e that resulted in him only seeing a $5K advance after feeling pressured to do so by a friend. “The n*gga that brought me to him, he was like, ‘Yo, man. Just sign that shit You buggin’,'” Fivio recalled.

Clips from the interview have been making rounds on social media over the past few days, and on Saturday (July 30), Gillie shared what seems to be a response from Ma$e containing a diss aimed at Diddy.

“$5,000, man,” Wallo says to the former Bad Boy in the clip. “N*gga ain’t shit,” Da Kid added, teasing that we might be hearing more about the alleged shady deal on tomorrow’s (July 31) episode of Million Dollaz Worth of Game.

Before walking away from the co-hosts, Ma$e looks at the camera and smiles. “Diddy 2.0,” he says, seemingly referring to his disdain for Sean Combs’ behaviour in the past. As you may remember, in March he shared “Oracle 2: The Liberation Of Mason Betha” on which he trashed the Harlem native, even accusing him of exploiting Biggie Smalls’ death.

The former friends’ beef has been a hot topic this year, with the Florida-born artist accusing Puff of sabotaging his set during Lovers & Friends Festival in Las Vegas earlier this year, and more recently, Diddy‘s mom sending a message out to Ma$e on Instagram Live – read more about that here, and tap back in with HNHH later for more hip-hop news updates.