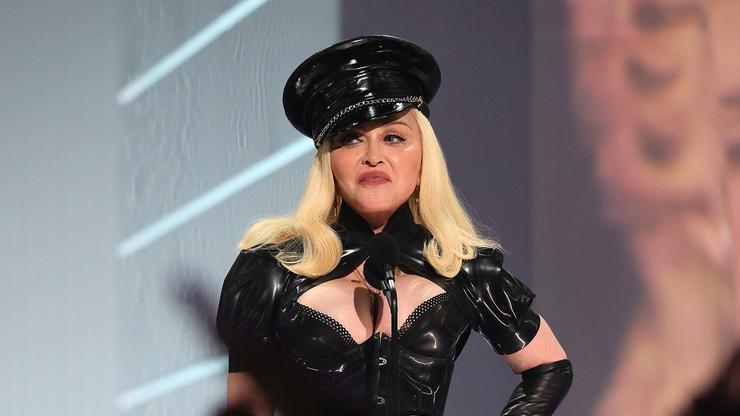 Madonna made sure it was a night to remember.

Madonna kicked off NYC Pride weekend with a performance at the World of Women’s NFT.NYC event at Terminal 5 on Thursday (June 23). The iconic pop star wowed the crowd with racy displays and several special guests.

One of the many memorable moments from her performance was when she shared the stage with Tokischa. Tokischa is a 26-year-old bi-sexual rapper from the Dominican Republic who shared in an interview with Rolling Stone that she advocates for sexual freedom and queer desire. During their performance, the two artists danced closer and closer together before sharing a heated moment that led to them kissing. Of course, many recalled Madonna’s infamous kiss with Britney Spears at the 2003 VMAs.

Madonna also invited Saucy Santana to the stage as the two performed a mash-up of Madonna’s “Material Girl” and Saucy’s 2021 remix of the track. Saucy pulled up in a hot pink body suit and the two rocked the stage with flair while exchanging verses.

Saucy is an openly gay rapper and he shared his support for the community in an interview with Office Magazine. “Now I don’t mind someone calling me a gay rapper or an LGBT rapper because that is my community. That is my culture. And that is who I’m fighting for,” Saucy said.

Madonna wrapped up her performance by inviting all her special guests back on stage for a performance of the track “Celebration” from her 2009 greatest hits compilation.

Check out some clips below.