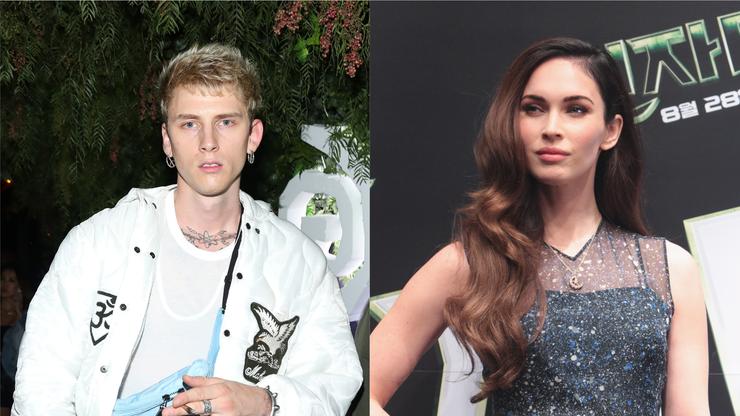 Machine Gun Kelly and Megan Fox headed back to Puerto Rico together to continue filming the movie, “Midnight in the Switchgrass,” where they first met.

Machine Gun Kelly and Megan Fox recently returned to the place where they first met and struck up a romance that is currently in full bloom. The new couple arrived in San Juan, Puerto Rico on Thursday (July 16th) along with the rest  the Midnight in the Switchgrass cast and crew to resume filming on the project. Production was initially paused back in March as a result  the COVID-19 pandemic, but it looks like they’ve been given the green light to continue shooting.

Randall Emmett, the director the film, documented the moment that MGK and Megan finally arrived at their hotel and proceeded to share the humourous clip on Instagram. “I did not believe you two would ever show up,” Randall tells the couple as they get ready to exit the car. “You think it’s funny, both you, huh? What did you go, come from a stand-up comedy tour, the two you?” The filmmaker later shared a photo the whole cast, in which MGK has his arms wrapped lovingly around his girl. “After four months apart! Grateful to be back in Puerto Rico filming with this amazing cast!” he wrote. “Adapting to this new world! All quarantined together!”