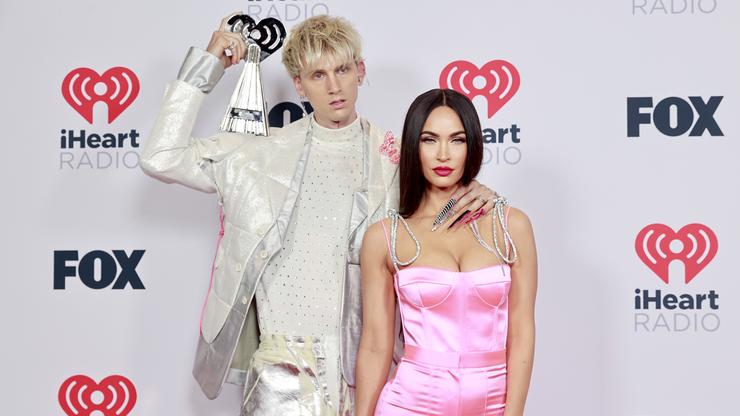 Machine Gun Kelly and Megan Fox chained themselves together by their nails.

Machine Gun Kelly and Megan Fox were linked together at the nail in West Hollywood, Calif., Saturday night, for the launch party for the rapper’s unisex polish line, UN/DN LAQR.

Kelly and Fox’s nail artist, Brittney Boyce, spoke on Instagram about how she put together the look: “After the nails [were] dry, I used a nail piercer to pierce both of their pinky nails and added rings to them, so that I could attach two chains to them, so that they were chained together.”

In May, Boyce spoke with Page Six about what its like working with Kelly and Fox.

“They like to match … [it’s] their thing,” she told the outlet in May, “He’s one of my favorite clients. I get a lot of people that just ask me, ‘What’s in?’ and then I tell them and then we do it. But for him, I really have to think ahead, because he is so artistic and he has so many great ideas.”

She added: “It’s just really nice to have [someone] that pushes me beyond, that I can be more edgy and creative with.”