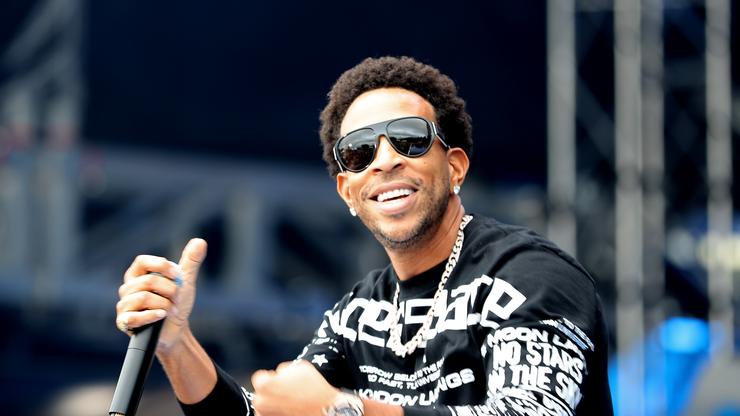 Ludacris is a man of many talents.

From rapping to acting to television production, Christopher Bridges has proven over the course of two decades that he is capable in many areas and has impeccable instincts when it comes to entertainment.

That doesn’t make him immune to real-life issues, however.

Sitting down with Ellen Degeneres on The Ellen Degeneres Show, Luda revealed that his work responsibilities almost caused him to miss the birth of his youngest daughter, Chance.

Explaining that he was in New Mexico shooting a movie with Queen Latifah when his phone started blowing up with notifications from his wife, the “How Low” rapper told Ellen the race was on.

“I’m on set, I’m shooting a scene and I look at my phone and I’m getting all these missed calls,” Luda said. “It’s towards the end of the day, and she’s like, ‘You need to come to Atlanta.’ I’m like, ‘Baby, I’m shooting a movie. What are you talking about?’ She said, ‘The contractions started. (The) doctor says you need to get here.'”

Continuing on to explain that all commercial flights from Albuquerque to Atlanta were full, Luda said he had to get his private pilot to fly from the ATL to New Mexico and back in order to be there for the big moment.

“So I have to call my pilot. I’m like, ‘Listen, you need to leave Atlanta and come straight to New Mexico right now, soon as you can’. … He literally comes and gets me. I fly to Atlanta — I get there like an hour before her water breaks and I’m there for the whole delivery,” Ludacris told Ellen.

Fortunately everything worked out and Luda was there for the entire thing. Welcoming their new baby back in August, Luda and his wife Eudoxie, are also celebrating the premiere of Karma’s World, inspired by Ludacris’ first daughter, Karma Bridges.

Check out Luda’s appearance on Ellen below and let us know what you think in the comments.